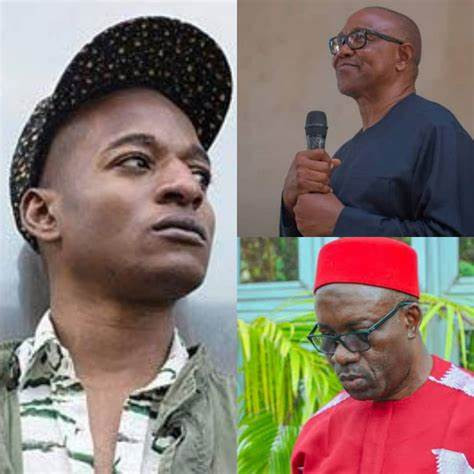 Christian Aburime, the Press Secretary to Anambra State Governor, Prof. Chukwuma Soludo has said that his principal won’t be retracting his comment about Labour Party presidential candidate, Peter Obi, as he has no regret over what he said.

Recall that Soludo drew mixed reactions with his article titled ‘History beckons and I will not be silent’. He had claimed that Peter Obi won’t win the 2023 presidential election and might not even come third.

The press secretary also added that claims of Soludo’s son, Ozonna disowning his father over the anti-Obi comment is simply the handiwork of mischief makers.

“The governor is not feeling any way threatened even as the article has triggered  series of backlashes, threats and criticisms. What the people should realise is that the governor only expressed his opinion, which is guaranteed by the constitution of the country and that opinion should not warrant threats or abuses.

“The governor’s son, Ozonna, did not disown what the father said. The trending article purportedly claiming that the son disowned what his father said did not emanate from Soludo’s son; it is simply the handiwork of mischief makers in order to blackmail the governor.

“It is not true that ‘unknown gunmen’ are threatening the governor to resign or be impeached. That report is false. Anambra people are behind Soludo and they are happy with what he is doing in the state.

“Nigerians all over the world are free to visit Anambra to see what the governor is doing. There is now law and order; all those impunity that used to be there before are no longer there.