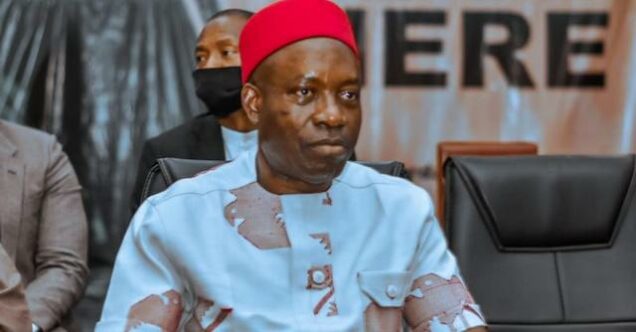 No fewer than five persons were killed in a clash between men of the Nigerian military and some unidentified assailants in Isuofia community, Aguata Local Government Area of Anambra State.

It was gathered that the gunmen who were large in number attacked the military checkpoint located at the Afor-Uzo Junction in Isuofia, Saturday morning.

Isuofia is the hometown of the state governor, Prof. Chukwuma Soludo.

It was gathered that the hoodlums gained access into Isuofia community through a direct entrance by Umuona community.

The source said the hoodlums first attacked the soldiers and killed two of them before the army gave them a chase and neutralised four of them in the process.

Confirming the incident, the state police spokesman, Tochukwu Ikenga, said the hoodlums were repelled through a joint security team of the military, police and other security agencies.

“This followed a distress call at about 10:30am today November 12, 2022 along Afor market in Isuofia, where some hoodlums attacked a security checkpoint in the area.