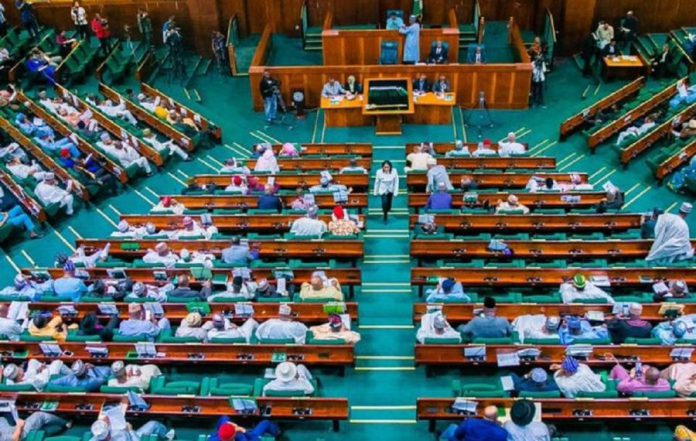 The House of Representatives has directed the Central Bank of Nigeria (CBN) to immediately suspend the planned implementation of its new policy on revised cash withdrawal limits for individuals and corporate organizations.

The members of the lower house who appear unhappy, also summoned the CBN Governor, Godwin Emefiele, to appear before it on Thursday over the new policy which is expected to take effect on January 9, 2023, and a series of other policies churned out lately.

This is coming barely 24 hours after the senate in a related development, expressed concerns about the policy, with the Senate President, Ahmed Lawan, cautioning the apex bank not to jump into the policy at once as many Nigerians will be affected.

He also asked the committee on banking to discuss the matter with the 2 Deputy Governors of the CBN during their screening holding before next week.

The resolution by the house was passed during a plenary session on Thursday following the adoption of a motion of urgent public importance moved by Aliyu Magaji, a lawmaker from Jigawa.

Magaji and the majority of the lawmakers kicked against the policy saying that it was too harsh and sudden for Nigerians, especially the poor majority residing in the rural areas.

Magaji said, “These set of Nigerians who are the drivers of Nigeria’s economy will be seriously negatively affected and their business and source of livelihood may be seriously impaired with these new directives of CBN.

“The new policies rolled out by CBN will hurt the already dwindling economy, and further weakens the value of Nigeria as Nigerians may resolve to use dollars and other currencies as a means of trading and thus further de valued Naira and weakens the economy.”

Embassies express concern over Possible Violence in South Sudan ahead of...

Olusegun Obasanjo, 85, wows guests as he jumps off podium at...