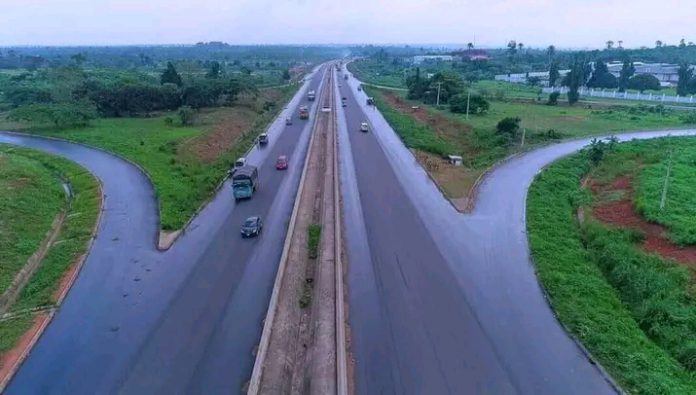 Motorists, commuters and residents, who ply the ever-busy Lagos-Ibadan expressway, can now heave a sigh of relief as the Federal Government, yesterday, removed barriers from Section 1 of the ongoing construction works on the expressway, to ensure the smooth flow of vehicular traffic during the Yuletide season.

Though the relief is temporary, as work resumes on the section in January, with crash barriers returning to the road. The opening of the section will no doubt lessen the pains of motorists and other road users who, before, spent several hours in the gridlock occasioned by the closed section.

Speaking at the re-opening of the section which took place at the Opic spot of the dual carriageway, the Director, Federal Highways, South West, Engr. Adedamola Kuti said: “As part of our Ember Months programme, there was an announcement we made that all barriers at road construction sites be removed by December 15, 2022, to allow for free movement this season. So, on the Lagos-Ibadan Expressway project, we have already attained a level at which we can allow those barriers to be removed.

“So rather than waiting for Thursday the 15th of December, just as we did at the other section, from Old Toll Gate up till Otedola Bridge, which we opened to traffic last week, we have also completed this stretch up to the level where we can allow movement.”

Also speaking, the Commissioner of Police for Ogun State, Mr Lanre Bankole, assured of adequate security on the highway, saying that the free flow of traffic would tame crime and criminality on the highway.

On his part, the Assistant Corps Marshal of the Federal Road Safety Corps, in charge of Lagos and Ogun states, Peter Kibo said that the removal of the barriers was in anticipation of heavy traffic ahead of Christmas.