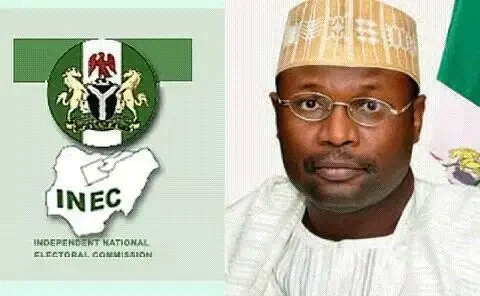 Independent National Electoral Commission, INEC, yesterday, raised the alarm that some politicians have been buying up Permanent Voter Cards, PVCs, and financially inducing unsuspecting voters to harvest their Voter Identification Numbers ahead of the 2023 general elections.

Raising the alarm during the launch of #YourVoteMatters project by an election observer group, NESSACTION, in Abuja, the National Commissioner overseeing the FCT, Nasarawa, Kaduna and Plateau states, Mohammed Haruna, disclosed that two people were recently convicted for illegal possession of PVCs in Sokoto and Kano states.

The project, supported by the International Foundation for Electoral System, IFES, the United States Agency for International Development, USAID, and the Foreign, Commonwealth and Development Office, FCDO, seeks to assist INEC in increasing the number of PVCs collected ahead of the 2023 general elections as well as the voters mobilised on Election Day.

Speaking, the INEC National Commissioner, said: “We are aware some politicians are more or less buying the PVCs. If you collect the PVC and then you sell it out or allow someone else to have it, you are aiding illegal possession of the PVC which is an offence in our Electoral Act.