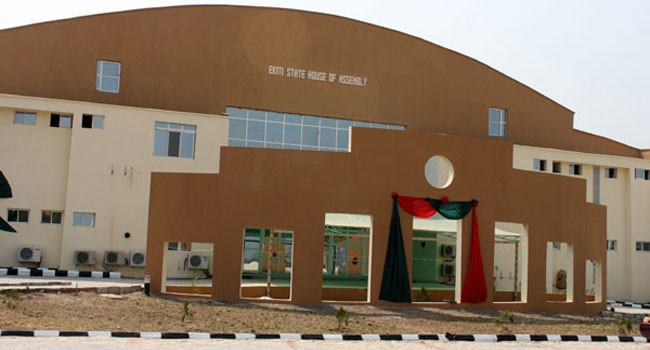 Ekiti State House of Assembly complex has been shut down by the police barely 24 hours after a new speaker was elected.

Speaking to Channels Television, Police Public Relations Officer in the state Sunday Abutu said the decision was taken after they received an intelligence report of a possible attack on the hallowed chamber by criminal elements.

Police and officers of the Nigeria Security and Civil Defence Corps were seen at strategic locations around the Assembly complex. Staff members of the Assembly were also sighted trooping out of their offices to their respective homes.