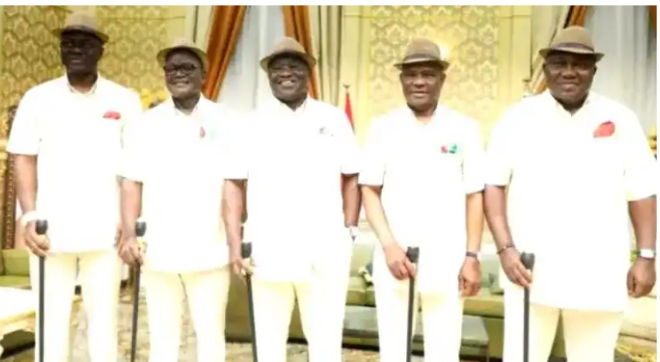 Deputy National Youth Leader of the party made this known, stating that Atiku never ran away from an opportunity to address the issues.

According to him, “It takes two to agree. It is unfortunate that our candidate is being made to face this kind of situation. Even though he has nothing to do with their demand (Ayu’s resignation), he has on many occasions reached out to these aggrieved parties for a truce. You can’t be open to reconciliation and yet, you are not ready to shift ground. It doesn’t work that way.”

Also speaking, the immediate past National Secretary of the PDP and a member of the party’s National Executive Committee, Senator Ibrahim Tsauri, said Atiku had done his best to reconcile with the Wike-led group all to no avail.

Recall that five aggrieved governors earlier in the week insisted that reconciliation doors were fully opened.

On his part, the spokesperson of the Atiku/Okowa Presidential Campaign Organization, Charles Aniagwu said the reconciliation is dragging on because the governors had yet to realise that what they were asking Atiku to do with the removal of Ayu was beyond his powers.