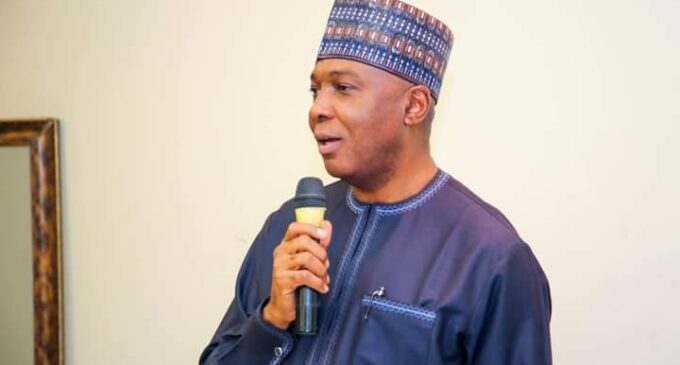 Bukola Saraki, the former president of the senate, says members of the Peoples Democratic Party (PDP) will work together for the victory of Atiku Abubakar in 2023 presidential election.

The former lawmaker said this on Monday in Ilorin, the Kwara capital, while speaking with journalists at a prayer event to mark the 10th year memorial of his father, Olusola Saraki.

Over the past weeks, there has been internal wrangling in the PDP over calls by Nyesom Wike, governor of Rivers, and his allies for the resignation of Iyorchia Ayu as the party’s national chairman.

Dubbed as G5, five PDP governors — Wike, Seyi Makinde of Oyo, Samuel Ortom of Benue, Okezie Ikpeazu of Abia, and Ifeanyi Ugwuanyi of Enugu — have also distanced themselves from campaigning for Abubakar.

The call for Ayu’s resignation is on the grounds that the party’s presidential candidate and national chairman cannot be from the same region.

Speaking on Monday in Ilorin, Saraki said the resolution of the crisis will surprise Nigerians.

“PDP will surprise Nigerians. We are going to work together to better the lot of Nigeria,” he said.