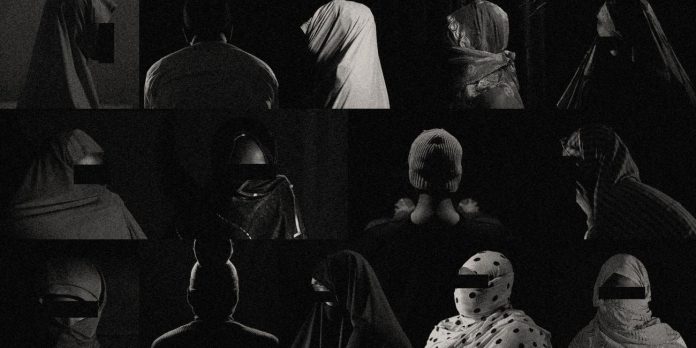 The Nigerian military reportedly aborted a minimum of 10,000 pregnancies since at least 2013 when it has conducted a secret, illegal abduction programme for women and girls in the northeast.

According to a report ,many of the women and girls had been kidnapped and raped by Islamist militants.

It was gathered that the abortions mostly were carried out without the person’s consent – and often without their prior knowledge.

However,the women and girls ranged from a few weeks to eight months pregnant, and some were as young as 12 years old.

At military facilities and in the field, some abortions proved fatal. Although Reuters could not determine the full scope of the deaths in nearly 10 years of the programme, four soldiers and two security officers said they witnessed women die from abortions, or saw their corpses afterward.

Nigerian military leaders denied the programme has ever existed and said Reuters reporting was part of a foreign effort to undermine the country’s fight against the insurgents.

“Not in Nigeria, not in Nigeria,” said Major General Christopher Musa, who heads the military’s counterinsurgency campaign in the northeast, in a November 24 interview with journalist that addressed the abortion programme.

The head of the military’s counterinsurgency campaign in the northeast, Major General Christopher Musa said:

Forced abortions may amount to war crimes and crimes against humanity, according to four legal experts briefed by newsmen on its findings.

Although forced abortions are not specifically criminalised under the Rome Statute of the International Criminal Court, the experts said, they could be construed as torture or other inhumane treatment and be prosecuted as such.

According to report, eight sources, including four soldiers, said they witnessed deaths or saw corpses of women who died from abortions performed at military barracks or administered in the field.