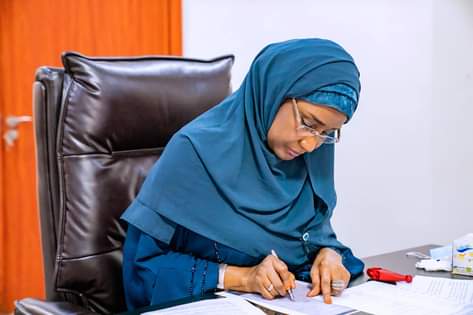 The Niger Delta caucus in the Nigeria lower Chambers has called for the resignation of Sadiya Umar Farouq, minister of humanitarian affairs.

The lawmakers made made this known during a Press briefing on Monday in Capital city of Nigeria, Abuja.

The Representatives said President Muhammadu Buhari should terminate the appointment of Mrs Farouq if she refuses to resign from her position.

On November 3, the minister said Jigawa is the most affected state by the flood disaster that ravaged parts of Nigeria.

Edwin Clark, leader of the Pan-Niger Delta Forum (PANDEF), had earlier said that the humanitarian affairs minister was inhumane towards victims of the flood in Bayelsa and other areas in the southern region.