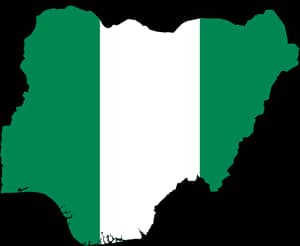 Celebrations of independence anniversary or national day are a global trend observed in many countries as a sign of thanksgiving and totem of faith, celebrating the valiant spirit of citizens and leaders who carried out various advocacy to guarantee their nation’s freedom and liberty.

Across the world, days like this are often marked with fanfare amid commitment by leaders on how they will improve the fate of their nation. In Nigeria, independence anniversaries are mere jamboree of speeches and fanfare. They are moments characterised by monotonous speeches, sometimes full of lies and fake promises of hope by the political elite. As Nigeria celebrates its 62nd independence anniversary, politicians will use different platforms to rehash political promises and proclaim Nigeria’s greatness since its independence.

Leaders are messengers of hope; they are to inspire citizens to greatness and set an agenda for the progress of their country. So, it is understandable when leaders seize the moments of celebrations to encourage the citizenry to be optimistic about the boundless promises that exist for them in their land, mobilizing citizens towards the national cause of unity, faith, peace, and progress.

A national day shouldn’t be a day for self-adulations, political brinkmanship, and display of narcist political opinions and triumphalism. It should be moments of truth, reconciliation, and hope. National days should be days of accountability, where leaders mount the rostrum to give an account of their stewardship, acknowledge areas of challenge, and commit to their political promises and national aspirations.

This year, we celebrate Nigeria’s independence anniversary amid numerous challenges and questions about our unity and nationhood. The country is overwhelmed with many problems: insecurity, unemployment, poverty, industrial crisis, ethnic agitations, corruption, climate change, and many more. We have celebrated our independence anniversary for sixty-two years, rehashing tales of Nigeria’s greatness and making new promises without commitment.

Apart from the elites, many Nigerians search for where to find Nigeria’s greatness, beyond the pages of books where stories of our arts and cultures are written or in theatres where we watch acts and scenes about our history, ancestry, and common heritage. Our greatness is perhaps seen and felt mostly on screen when we watch our national teams compete at international events, displaying unity of purpose, blurring lines of tribes and religions, and winning laurels for the country. The sound of Nigeria’s greatness is mainly heard in the rhythm of our poetry and music. Kudos to our musicians and other talented and industrious Nigerians who have defined our nation’s greatness and brought glory, honour, and pride to Nigeria and Africa through their creativity.

Beyond these, where is Nigeria’s greatness that the politicians often talk about? Where are the promises of hope, justice, freedom, and equity birthed at independence? Where is the glory and honour that politicians swear always to uphold?

Our nation’s greatness exists as a promise and not a reality. The ones who have made Nigeria great excelled through their striving and self-determination. Today, the dream of many citizens is to travel abroad and free themselves from the air of despair that permeates the land. Almost every youth wants to “jappa,” to hustle, reroute their destines and seek a better life. This is so because Nigeria is becoming a sinking ground- where hopes and destines are crashed daily because of poor leadership and a laisser-faire approach to governance by the political elites.

He said: “I am not included within the pale of glorious anniversary! Your high independence only reveals the immeasurable distance between us. The blessings in which you, this day, rejoice are not enjoyed in common. The rich inheritance of justice, liberty, prosperity and independence, bequeathed by your fathers, is shared by you, not by me. The sunlight that brought light and healing to you, has brought stripes and death to me. This Fourth of July is yours, not mine. You may rejoice, I must mourn.”

As we celebrate the independence anniversary of Nigeria at 62, there are millions of citizens who are mourning; they mourn the death of their loved ones, they mourn the loss of their peace, they mourn their homelessness; how they have been displaced from their ancestral homes and have become prisoners of fate living in refugee camps for years and cannot go back home. Many citizens are mourning the varying degrees of injustice in the land. Students mourn the loss of semester and productive months wasted at home because of the industrial strike between the Academic Staff Union of Universities and the Federal Government.

Therefore, this moment affords us an opportunity to take actions that will manifest Nigeria’s greatness. To our leaders and political elites, there is a great responsibility on them now than ever to build consensus towards peace and unity in our country, reconciling peoples of different backgrounds and divides and ensuring that the walls of divisions and hatred are collapsed.

To the rest of the citizens, this period should be a moment of great reawakening to latent possibilities and greatness that abound in Nigeria. Let us harness the potentials that lie within us and our country. This era affords us a fresh opportunity to renew trust in our nation.

Let us approach the 2023 election with unalloyed vigour and patriotic zeal and wrest power from those who, through politics and misgovernance, have held us, hostage, from accessing hope and the reality of a shared destiny of progress and prosperity. This is the moment for us to wean ourselves from the sentiments and ensure that we choose leaders who will emerge as emissaries of hope, peace, and good governance.

Ominabo is the Communications officer at the Goodluck Jonathan Foundation.