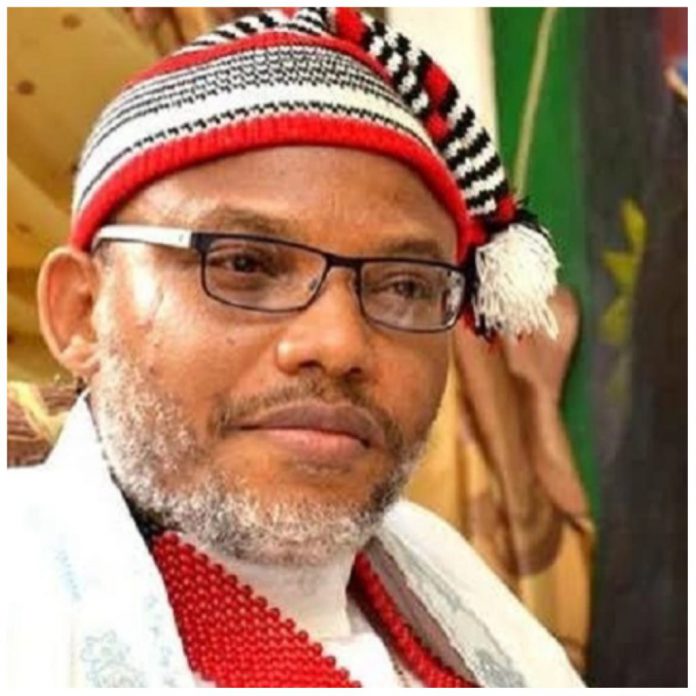 The detained leader of the Indigenous People of Biafra (IPOB) Nnamdi Kanu refused to present himself before the Federal High Court in Abuja for his planned re-arraignment, the Federal Government alleged on Monday.

Kanu, who is in the custody of the Department of State Service (DSS), is facing an amended 7-count terrorism charge.

A team of government prosecutors led by the Director of Public Prosecution, Mr. M.B. Abubakar, told trial Justice Binta Nyako that the IPOB leader declined to be brought before the court for trial.

Justice Nyako had after the case was calls up, enquired about the defendant.

“My lord, I understand that the defendant declined to come to court today.

“As at last week, the defendant was intimated of this sitting and he did not object. However, when I called the office this morning, I was informed that the defendant woke up and declined to come to court.

“All entreaties and pleas were made but he refused to come to court,” a government lawyer told the court.

“My lord, this is totally strange to me because this is a person that has never hidden his intention to always be in court. In fact, even in processes we filed at both the Court of Appeals and the Supreme Court, the defendant said he would want to be present in court for hearing of all the matters,” Ozekhome said.

You can’t prosecute me for fraud – Ondo Speaker tells EFCC