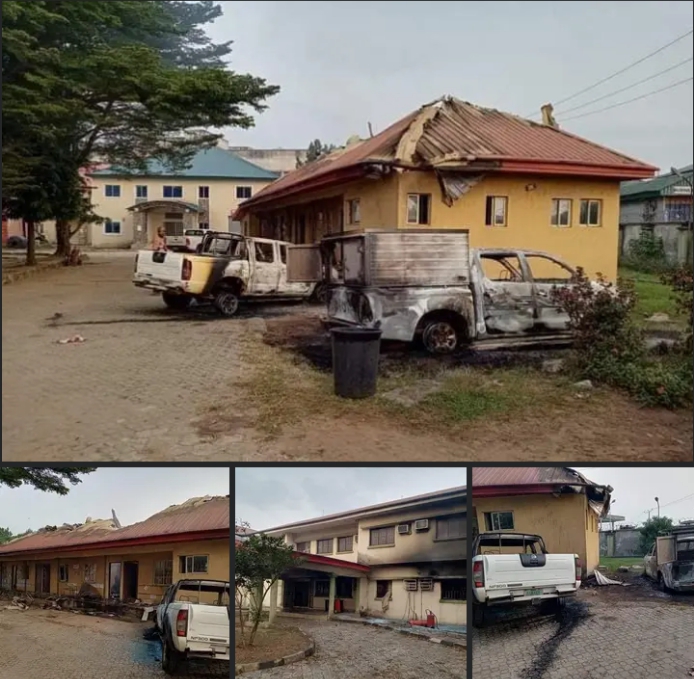 Outrage yesterday, greeted the attack on the Independent National Electoral Commission, INEC, office in Imo State, which left no fewer than five persons dead, including two policemen, the third attack in 12 days on the commission offices in the state.

INEC; Governor Hope Uzodimma of Imo State; Peoples Democratic Party, PDP; Labour Party, LP; and Accord were among those who condemned the attack, which was the 53rd across 29 states that the electoral commission had suffered since 2019.

Yesterday’s attack likened to warfare with booming explosive devices and a massive exchange of gunfire between the hoodlums and security agencies, came on a day the INEC started the distribution of Permanent Voters Cards, PVCs, to people, who registered, recently.

The INEC raised the alarm over what it described as systematic and targeted attacks on its facilities nationwide, ahead of the 2023 general elections.

A policeman was killed in the attack, while another suffered a severe injury in the gun duel during the gunmen’s attack at the Imo State Headquarters of the INEC, Port Harcourt Road, Owerri, in the early hours of yesterday.

Part of the INEC office was razed by the hoodlums, who used IEDs to completely burn the Election and Party Monitoring, EPM, building.

An INEC staff, who spoke on condition of anonymity, said: “The fire started about 2a.m.,(yesterday morning). The EPM building was completely burnt, while the Accounts and Servicom Departments were also torched.”

Addressing newsmen at the State Police Command’s Headquarters, Owerri, where the lifeless bodies of the hoodlums were displayed, the Police Public Relations Officer, PPRO, Mr. Michael Abattam, said: “The gunmen killed one policeman and injured another one in the gun duel that lasted for about an hour.

Fielding questions, the PPRO said: “The fully armed attackers came in four vehicles to the INEC office at 3a.m. They threw bombs on the roof of the INEC building.

“They threw bombs at the roof of the INEC building but unfortunately for them, they were strongly resisted by our men, who were on guard at the facility.