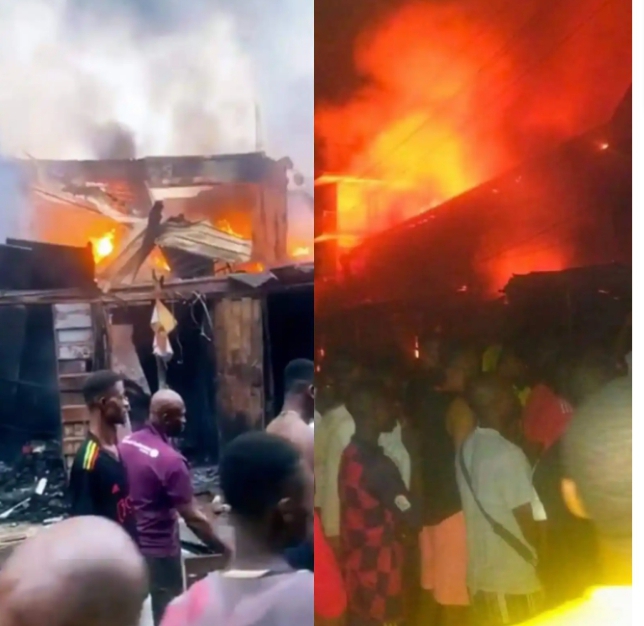 A fire broke out this morning at Onitsha Main Market, destroying shops and goods.

The fire reportedly started on Kano Street by 2am.

For hours, locals tried to put off the fire with buckets of water.

The fire service later arrived and are now battling the fire.

Sadly, major damage has been done to many shops.

Reacting to the incident, Anambra State Police PRO DSP Ikenga Tochukwu said: “The situation is under control on the fire outbreak that occurred in the early hours of today.

“No loss of life, though good worth millions of naira have been affected.

Preliminary information shows that the cause of the fire is as a result of an electrical upsurge from a cosmetics store in the storey building.

“Our personnel are still there monitoring.

“The Command wants to use the opportunity to advise members of the public to always turn off their appliances before leaving the house and offices.”