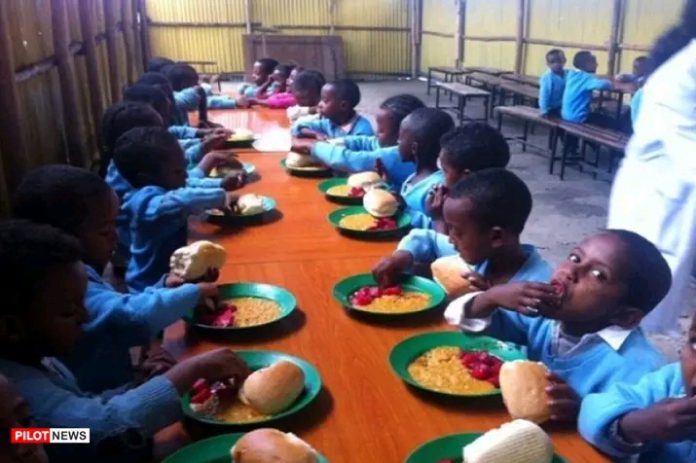 Speaking in Akure during the disbursement of money to poor and vulnerable individuals in Ondo State, under the Grant for Vulnerable Groups Programme, GVG, a component of its National Social Investment Programme, NSIP, the Minister of Humanitarian Affairs, Disaster Management and Social Development, Sadiya Farouq, said that President Muhammadu Buhari has approved that the programme should be expanded by another five million childre

The Minister, who spoke through the Ministry’s Director of Finance and Accounts, Matthew Dada, said: “I will also flag off the National Home-Grown School Feeding Programme, NHGSFP, which seeks to educate communities and stakeholders on the proper and more effective implementation of the NHGSFP.

Under the NHGSFP, 9.9 million children are currently being fed nationwide, and President Buhari has approved that the programme is expanded by another five million children.”

Governor Rotimi Akeredolu of Ondo State, who was represented by his Deputy, Lucky Aiyedatiwa, said his administration would collaborate with relevant stakeholders to ensure good living conditions for the people