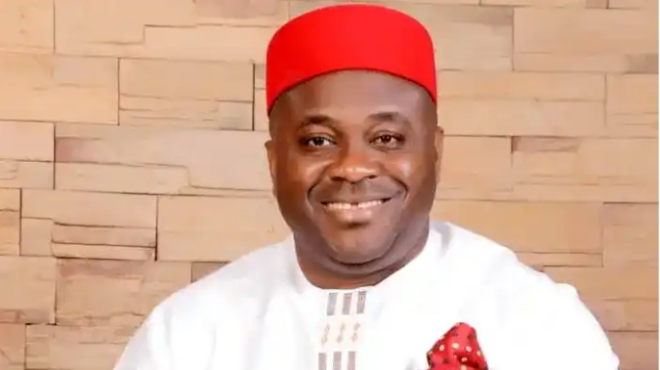 Akpan, who is also the governorship candidate of the Young Progressive Party (YPP) in the state, was prosecuted by the Economic and Financial Crimes Commissíon (EFCC).

He was sentenced yesterday by Justice Agatha Okeke of the Federal High Court on a six-count charge bordering on money laundering and receipt of exotic cars worth N204 million.

Akpan, popularly known as OBA, has been taken to the correctional centre in Ikot Ekpene, Akwa Ibom State, where he is expected to serve his jail term.

During the court proceeding, defense counsel, Solomon Umoh (SAN), pleaded with the court for leniency as the convict has a young wife and children to cater for.

He also pleaded with the court to tamper justice with mercy by including an option of a fine. But that was opposed by EFCC, citing legal authority to convince the court not to grant a fine as an option, particularly in the light of the fact that the court has not opted for the maximum sentence.

Akpan was arraigned by the anti-graft agency on June 24, 2019, at the Federal High Court, Uyo for corruption charges.