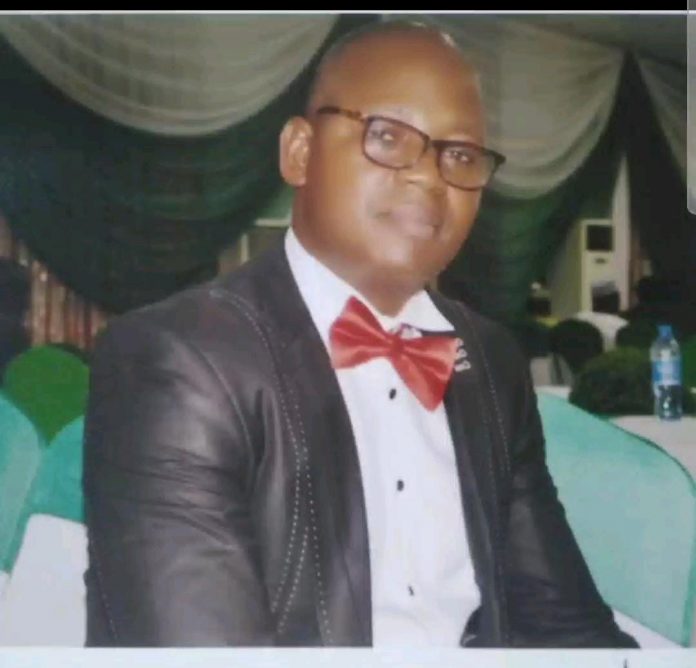 All over the world, Science, Technology and Innovation (STI) are regarded as a panacea for global sustainable economic development. Developed countries like the United States of America (USA), China, Japan and Germany as the leading economic development index and high Gross Domestic Product (GDP) the world over, are undoubtedly the top Countries that have demonstrated mastery of STI development.

Arising from Africans poor economic development indices occasioned by obvious and inherent technological lack, the then Organization of African Unity (OAU) now African Union (AU) and the Council of Ministers and Assembly of Heads of States and Governments in July 1999 at Addis Ababa-Ethiopia, resolved to set aside the 13th day of September of every year for the commemoration of African Day for Technology and Intellectual Property (IP) Rights in all African States.

Over a decade now, the Nigerian government, through one of its agencies, the National Office for Technology Acquisition and Promotion (NOTAP) in realization of the importance of the day, joined the rest of the African nations to celebrate the day through the exhibition of inventions and innovations by secondary and vocational schools across the Federal Capital Territory, Abuja, Research Institutions and members of the Association of Nigerian Inventors (ANI).

The celebration is to explore and develop the huge intellectual potentials in the Nigerian youths, researchers, inventors and innovators and also to demonstrate the value which Nigeria places on Science, Technology and Innovation.

The commemoration of African day is to arouse the latent creativity and inventive spirit of young inventors and innovators being one of the ways through which rapid development of a nation can be assured.

The day is to further sensitize and facilitate the domestication of Technology and development of the Intellectual Property Rights (IPRs) system in Africa and reawaken the creativity of its people towards the eradication of poverty and be on the path to sustainable economic development.

Intellectual Property can be any invention, innovation, artistic, symbol, logo or design used for commercial purposes.

It can also be the creation of the mind, literary and artistic works belonging to a creator and can only be transferred or sold with the permission of the innovator. However, this right is not without limitation as the creator or the owner of the right can only enjoy it solely for the period of 20 years, after which the invention becomes available in the public domain and could be exploited by any person or user.

Early in the 20th century, intellectual property rights were rarely pursued by university scientists. Many believed that the commercialization of university research threatened academic freedom and unfettered “basic” research. Where patents were pursued, they were typically assigned to the Research Corporation for Science Advancement which distributed patent revenue through grants to schools and institutions.

The first university-affiliated patent office was born ninety years ago, when a University of Wisconsin biochemist, Harry Steenbock, discovered that irradiating food increased its vitamin D content. Steenbock pursued a patent reasoning that through proper management he could grant licenses to promote healthy uses and deny licenses to products with minimal benefits such as oleo, doughnuts or vitamin D beer. Quaker Oats had offered Steenbock $1 million for the vitamin D fortification patent.

He however allowed the University of Wisconsin affiliate to sign the licensing agreement with Quaker Oats. The patent revenue was returned to the school to fund research. To date, the school’s vitamin D patent portfolio has raised an estimated $300 million for the school and faculty inventors.

Since Wisconsin founded the first office dedicated to licensing university research in 1925, what would be known as a “tech transfer,” other schools have followed suit.

Another turning point occurred in the late 1970s when schools lobbied Congress for the passage of a bill that would give universities patent rights to discoveries made as a result of federally funded research. Congress, eager to boost American’s lagging competitiveness, passed the Bayh-Dole Act in 1980. Bayh-Dole cleared the way for colleges to retain patent rights and put an end to the prior case-by-case approval system.

Science, Technology and Innovation which are central for IPR generation/development had since taken a global dimension in determining the strength of nations in the international power equation. It also influences the investment by multinational corporations Africans.

Commemoration of the day demonstrates the great importance which the African nations place on Science, Technology and Innovation as the engine that drives development.

According to the Honourable Minister of Science and Technology, Dr Ogbonnaya Onu while declaring the 2018 African Day open, “With the increasing importance of knowledge as the main engine of growth in the 21st century, the decision of African Leaders to declare a day for the commemoration of the role of Technology and Intellectual Property in achieving sustainable development in the African continent is a positive stride”.

In today’s knowledge-based economy and global business environment, absorption of new technologies has become a veritable component for survival through maintaining competitive positions in the marketplace.

At the national level, technology is used as a tool to enhance competitiveness. Nations are no longer valued in terms of their population, geographical landmass or mineral resources but on the organic mass of knowledge in their citizenry.

This explains why a one-time Permanent Secretary, Federal Ministry of Science and Technology, Mr Bitrus Baka Nabasu during the 2017 Commemoration of African day said “no nation of the earth can develop without adequate deployment of science, technology and innovation”.

According to him, ‘NOTAP as an agency saddled with the responsibility of promoting the inventive and innovative spirit of Nigerians has over the years, on behalf of the Federal Ministry of Science and Technology, commemorated this day to demonstrate to the Nigeria youths the importance of IPR to national building”.

He said the concept of IPR was derived from the rights conferred on an individual or corporate body by a legal authority to have exclusive control over the exploitation of his or her works of intellect over a stipulated period, usually 20 years of exclusive monopoly over the invention.

The Nigerian government has, through the establishment of NOTAP encouraged the entrepreneurs, researchers and inventors to protect their intellectual property by putting structures in place, including the establishment of the Intellectual Property and Technology Transfer Offices (IPTTOs) in selected Nigerian Universities, Polytechnics and Research Institutions across the country.

Undoubtedly, countries that have made impacts in science and technology development, started with gradual steps, hence it is encouraging to note product prototypes usually displayed by young Nigerian inventors/innovators during the event.

It is expected that the government will sustain this event by making an adequate budgetary allocation to NOTAP and FMST to facilitate the necessary support and encouragement to Nigerians to continue with the further development of their inventions.

However, the Director-General of NOTAP, Dr DanAzumi Mohammed Ibrahim in a media chart on September 12, 2021, said that owing to the global Covid-19 pandemic ravaging the world, his Office will no longer mark the 2021 Africa day.

He stated that since secondary schools who were the major exhibitors are observing lockdown in accordance with the global protocols and directives of the Presidential Committee on Covid-19, the Office decided to shelve the event to avoid exposing participants to the danger of contracting the virus.

He further stated that it was the responsibility of his Office to commemorate the day on behalf of the Nigerian government but regretted the outbreak of the virus which had resulted in shelving the event.

Notwithstanding the inability to host the event this year, the impart of IPR in a world ravaged by the Covid-19 pandemic is never lost. It has rather become more imperative in the face of the global demand for a solution to Covid-19. This demand places a huge challenge on the scientific community within and outside Nigeria. Perhaps the 2022 event will celebrate breakthroughs by Nigerian inventors and innovators on the pandemic as evident from what is already on the ground.

Raymond Onyenezi Ogbu writes from the