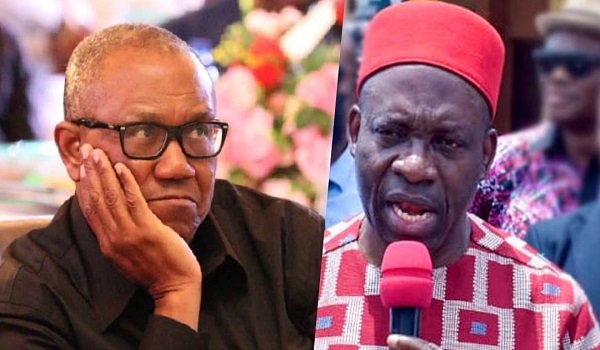 The Governor of Anambra State, Charles Soludo, has attacked the presidential candidate of the Labour Party, Peter Obi, saying he cannot win the 2023 presidential election.

Soludo said the LP candidate was playing a game with his election bid, adding that Obi did not have the necessary structure in place to win the Presidency on the Labour Party platform.

Soludo had last Thursday during an interview on Channels TV ‘Politics Today’ said the investments in Anambra State credited to Obi, an ex-Anambra State governor, were worth ‘’next to nothing.’’

The former Central Bank of Nigeria governor’s criticism of his predecessor in Anambra State triggered a series of backlashes from Obi’s supporters, particularly on social media.

Soludo alleged that some individuals, who were angered by his comments, had launched attacks on him and his family.

He claimed there were suggestions that the Saturday attack in which five security personnel died in his community, Isuofia, in the Aguata Local Government Area of the state, were carried out by those provoked by his comment on the LP candidate.

He described as tyranny the attempt to muscle out those who were not in support of Obi’s presidential ambition, stressing that this attitude might endanger the future political and economic interests of the Igbos, if not checked.

Weighing the LP standard bearer’s chances in the forthcoming poll, the governor said, “Let’s be clear Peter Obi knows that he can’t and won’t win. He knows the game he is playing, and we know too; and he knows that we know.