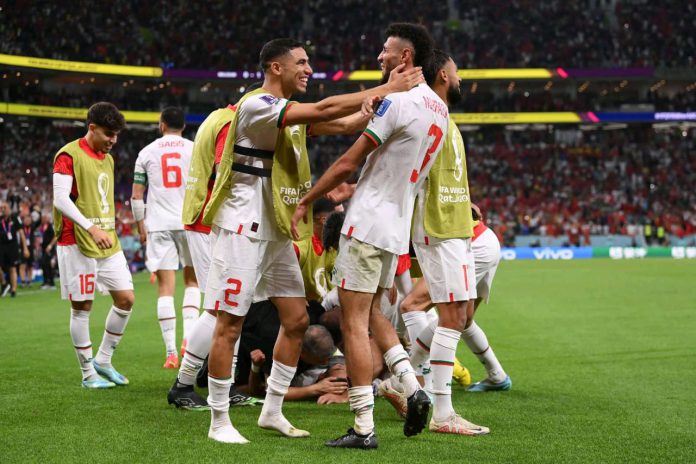 Morocco clinched its first win of the 2022 FIFA World Cup after beating Belgium 2-0 in their group game at the Khalifa International Stadium.

The Atlas Lions got a point from their opening game against Croatia, and were looking to do better when they played Belgium.

The Red Devils bossed the possession in the first half, but they were unable to fashion out clear-cut chances.

Morocco thought it had scored after Hakim Ziyech’s free-kick beat goalkeeper Thibaut Courtois. However, the goal was canceled because of an offside.

The Atlas Lions looked better in the second half, as they answered all the questions that Belgium threw at them.

Morocco’s breakthrough came in the 73rd minute after Abdelhamid Sabiri sent a beautiful free kick past Courtois to make it 1-0.

Belgium went in search of an equalizer, but coach Regragui’s side held on strong. Morocco then doubled their lead just before full-time through Zakaria Aboukhlal.

The results puts Morocco in a very good position, as they now have four points and sit pretty ahead of their final game against Canada.

Nigerian fans took to the social media to shower praises on Morocco for their strong performance.

That Morocco performance was absolutely terrific. Solid in defence, aggressive in midfield and clinical when it mattered.

One of the best by an African team ever and of any team so far in this World Cup.