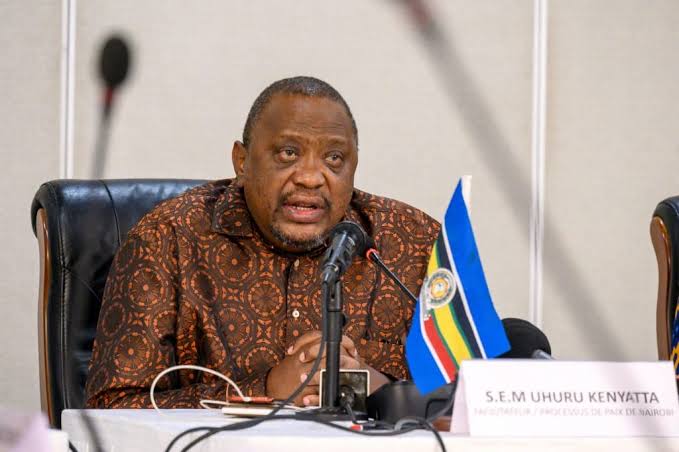 The M23 has recently seized swathes of territory in North Kivu province, displacing tens of thousands of people in their advance.

Kibumba is considered one of the last obstacles to the rebels before Goma, a commercial hub of one million people on the Rwandan border.

On Tuesday afternoon, rumours that the M23 was approaching sent a fresh wave of people fleeing to the Kanyaruchinya displacement camp, south of Kibumba.

About 40,000 people are currently in the camp, according to its head.

A security official who asked for anonymity said that people began to flee after seeing soldiers themselves retreating towards Goma after clashes with M23 rebels.

Uhuru Kenyatta, a mediator for the seven-nation East African Community (EAC), arrived in Goma on Tuesday and visited Kanyaruchinya.

He told reporters late Tuesday that the stories he had heard were “heart-breaking”.

“I cannot ignore what I have seen,” Kenyatta said. “I must say to all parties: You cannot negotiate in the face of human catastrophe”.

The EAC has also called for a “peace dialogue” in Kenya’s capital Nairobi on November 21.

In addition, the bloc has agreed to send a peacekeeping mission to eastern DRC. Kenyan troops arrived in Goma over the weekend, as part of that operation.