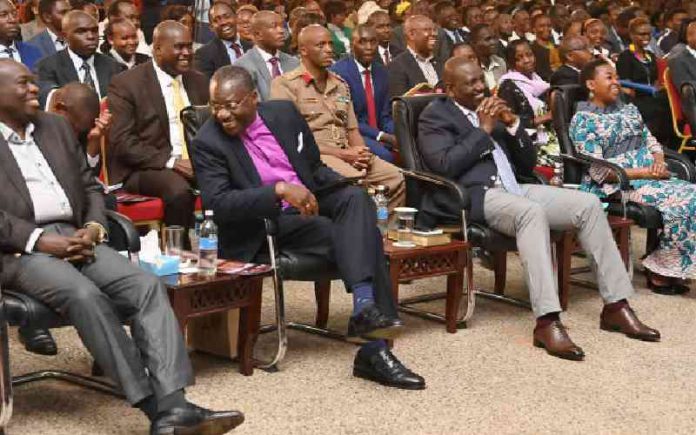 President William Ruto has stated that the noise in the country is a clear sign that everyone is doing their work and everything will fall in place as his administration takes shape.

Speaking during Silver Jubilee celebrations at Citam Church in Karen, Ruto said he is happy the Executive, Judiciary, Parliament and the opposition are playing their roles.

“You have heard Deputy President Rigathi Gachagua talk of some noise in the country. The opposition is doing its job.

“The Executive will also do its work, while Parliament and the Judiciary serve Kenyans. Eventually everything will be okay, kindly support us,” he said.

The President affirmed that he was focused on improving the country, citing the Republic of South Korea that was at par with Kenya during independence but was now the 10th largest economy in the world.

He said sideshows will not derail him in his service delivery agenda for the next five years. He also told opponents that it was too early to criticise his leadership.

Kenya teachers get bail after forcing pupils to simulate sex

EAC leaders to evaluate situation in Eastern DRC at summit in...