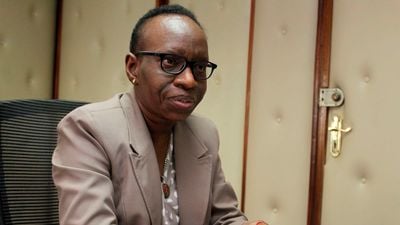 Kenya paid Sh4.9 billion in subscriptions to the African Union and other international organisations, revealing the burden taxpayers shoulder to maintain the country’s membership in various global bodies.

Kenya set aside Sh7.21 billion under the African Union and Other International Organisations Subscription Fund in the year to June 2021.

However, the country did not spend Sh2.3 billion or 68 per cent of the total subscriptions budget due to the fact that the fund received invoices amounting to Sh4.9 billion from international organisations to which Kenya is a party.

“There is a need for management of the fund to review its budget-making process with a view to formulating a realistic budget that would be actualised during implementation,” Auditor General Nancy Gathungu says in a report to Parliament.

Kenya is a member of several international and regional international organisations including the Common Market for Eastern and Southern Africa Comesa), the African Union, the Intergovernmental Authority on Development (Igad), and the East African Community (EAC) and pays annual subscriptions.

It also serves as a major regional hub for the United Nations, multilateral organisations and diplomatic missions.

Ms Gathungu raised concern over multiple laws guiding the operations of the fund and wants the government to revoke or repeal earlier laws to avert the risk of making double payments to international organisations.

Kenya to scale up refugee vetting as Somalia intensifies war on...