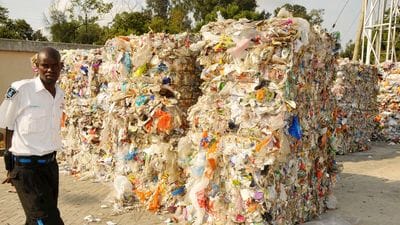 The Kenyan government has intensified its efforts to ban the importation of hazardous materials, including radioactive waste into the country, in line with a continental pact to protect Africa’s borders from becoming a dumpsite for global manufacturers.

This is after the Ministry of Foreign Affairs asked the National Assembly to ratify the Bamako Convention, which bans the transboundary movement of hazardous wastes.

The convention, which was adopted under the auspices of the Organisation of African Unity in 1991 (now African Union) and came into force in 1998, imposes an obligation of State parties to ban the importation into, and transit through, their territory, of hazardous wastes and substances for human health and environmental reasons.

About 35 African States have signed the convention with Kenya appending its signature on December 17, 2003, but is yet to accede to it.

The Foreign Ministry said the most common hazardous wastes include wood, glass, scrap metal, textiles, kitchen wastes and disposal nappies among others.

The Cabinet approved the ratification of the Bamako Convention during its meeting held on May 12, 2022. The convention was tabled in Parliament on November 29, 2022.

Exposure to high levels of radiation from nuclear waste can cause severe health effects and result in long-term health effects such as cancer and cardiovascular disease.

In a memorandum to Parliament, former Foreign Affairs Cabinet secretary Raychellle Omamo explained that African States have been victims of disposal of hazardous wastes in the past through importation and outright dumping.

She cited the discharge of 500 metric tonnes of toxic waste in Abidjan, Ivory Coast that killed 17 people and the disposal of hazardous wastes disguised as building materials in Koko, Nigeria causing serious conditions for the residents.

In Kenya, the Foreign Ministry said pastoral populations of Mandera County have been treated in various health facilities with complaints of poisoning or reaction resulting from hazardous substances.

The Foreign Ministry said the obligation imposed by the Convention is to prohibit the import of all hazardous and radioactive wastes into Kenya.

Gold for oil policy: Fuel prices may drop this week –...

China white paper on green development shows it is doable

Tuju, Wako stormed into my office at 3am: Chebukati