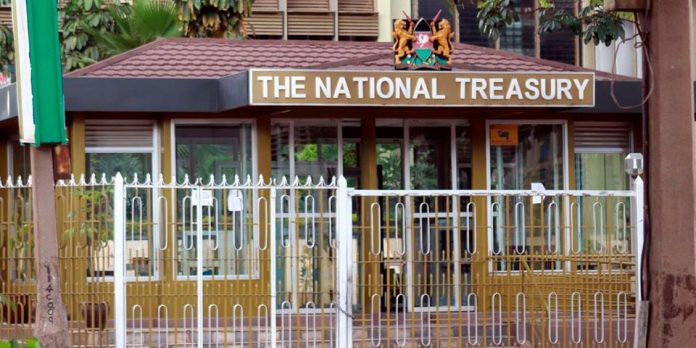 The National Treasury revealed that Kenya has no room for fresh borrowing as it is trying to doubled down on its efforts to swap the nation’s short-term debt with longer-term issuances.

This comes barely a week after it commenced a debt swap that will see Sh87.8 billion worth of short-term debt converted into long-term debt to ease the pressure it is experiencing from maturities. Last week, the government floated its first switch bond since June 2020.

Treasury Cabinet Secretary, Njuguna Ndung’u said that Kenya has little wiggle room left for fresh borrowing, a situation that has been aggravated by the multiplicity of shocks to the economy, including the ongoing drought, Covid-19 and the Russia-Ukraine war.

“Right now, we don’t have headroom for accumulating debt, so in a sense, we have to go down into liability management. When you are buffeted by multiple shocks, the reaction is often to use the resources that you have or even borrow to overcome the crisis,” Prof Ndung’u said.

A fortnight ago, President William Ruto directed Treasury not to borrow from the domestic market at rates above 10 per cent.

Prof Ndung’u further stated that the targeted Sh300 billion worth of budget cuts anticipated in the Kenya Kwanza government’s debut Supplementary Budget have been calibrated to ensure that it does not derail the economy’s growth momentum.

According to a circular issued by Treasury on November 7, addressed to all Cabinet secretaries and accounting officers, the government is pursuing aggressive rationalisation of the recurrent expenditure for the current financial year. The areas earmarked for slashes include expenditure on foreign travel and training for the remaining three quarters of the current financial year.

Prof Ndung’u said Kenya might be grappling with a recession even as it awaits growth data for the third quarter of 2022 from the Kenya National Bureau of Statistics. The economy grew by 6.8 per cent and 5.2 per cent in the first and second quarters, respectively.