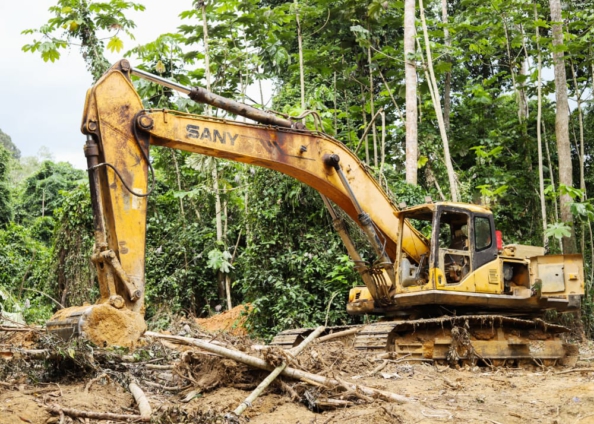 The World Bank has expressed concern about Ghana’s increasing reliance on its natural resources.

According to its 2022 report on Country Climate and Development Report (CCDRS) on Ghana, Ghana has not been able to maintain its natural resources.

It said the country lags behind on most indicators of sustainable use of natural resources and environmental health.

“First, Ghana’s economy has become more, not less, reliant on natural resources extraction… Ghana has been depleting its renewable natural capital, which is a key source of livelihoods… Deforestation is high and spatially concentrated in areas of high poverty, with land use change from forest to agriculture causing about 92 percent of deforestation,” the report read.

The report stated further: “Ghana’s high population growth and increased demand for natural resources makes the demand per person on global natural resource an increasingly pressing concern since a shrinking natural capital stock will need to be shared with larger future generations, hampering the capacity of remaining ecosystems to deliver their services.”

World Bank asserted that Ghana’s over-reliance on natural resources has already affected the climate in the country.

It added that rainfall has become more erratic, sea level has risen and there has been increased coastal erosion due to changes in hydrodynamics.

Dutch Eredivisie: With The Quality Ajax Have, I Feel No Pressure...