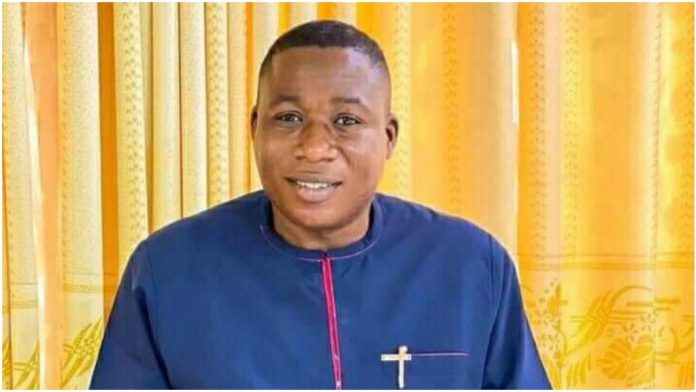 Yoruba monarchs in Benin Republic have decided to write the president of the country, Patrice Talon, over the arrest and detention of Yoruba Nation agitator, Sunday Adeyemo, popularly known as Sunday Igboho.

The traditional rulers disclosed this after meeting at the Ajohoun Palace in Adjohoun, Benin on Sunday, July 25.

Recall that the Beninese court adjourned Igboho’s case till Monday (today) after his five lawyers failed to convince the prosecutor that he had no case to answer.

The Beninese authorities have however, released Ropo, the agitator’s wife, who was arrested with the 48-year-old activist on Monday, July 19, 2021, by the International Criminal Police Organisation at the Cadjèhoun Airport in Cotonou, Republic of Benin on their way to Germany.

After their meeting which ended at 2 pm, the monarchs told BBC News Yoruba that the meeting was aimed at finding a solution and the steps they would take on Sunday Igboho’s issue.

They said that it was agreed upon that a letter should be written to the president of Benin Republic, the Minister of Justice, the Minister of Interior, and the Head of the country’s parliament.

Though the monarchs refused to state what would be the content of their letter, they promised to discuss the outcome with journalists.

They explained that discussing their demands in the media could jeopardise their chances of getting them approved.

King Siyan Aladjohoun of Adjohoun added that said the monarchs also considered visiting the country’s President and other government officials.

Three Men imprisoned for having intercourse with Teenager