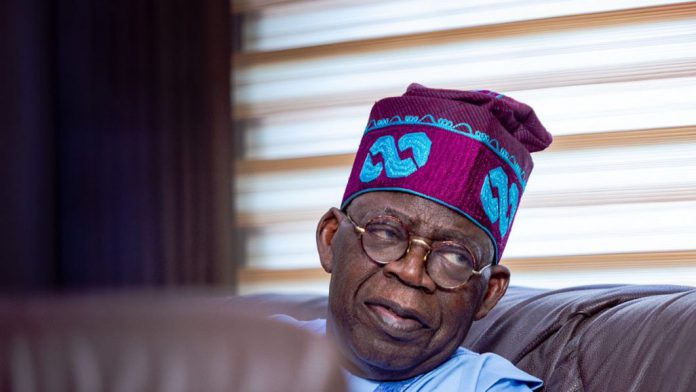 Representatives of 121 Pan Yoruba, civil society and community-based groups in the Southwest revealed that the presidential candidate of the All Progressives Congress (APC), Asiwaju Bola Tinubu as their preferred choice in the coming election.

The groups, under the auspices of Alliance of Yoruba Democratic Movements (AYDM) said Yorubas in the Southwest consider Tinubu as the best option in the 2023 general election.

Presenting the official declaration of their support for Tinubu, the Leader, of Southwest Progressive Youth Peoples Movement, Taiwo Ajayi said Tinubu’s victory at the polls would lift Nigeria higher from its present state of affairs to the benefit of all, irrespective of colour, creed, faith and religion.

The groups also warned those demonising Yorubaland, urging them to desist from propagating false narratives about the region.

“On the field, we shall meet. Let us face it, in coming to this conclusion, we consideredd many factors, first is the capacity and political sagacity of the candidate, the rich history in an anti-fascist campaign of the 1980s through the 1990s, the possession of raw courage, liberal investment in pro-democracy struggle, a tradition of tolerance for dissent and above all, the ability to transform and reengineer the current APC as a political party likely to provide the impetus that will lead to the restructuring of Nigeria, being the minimum condition necessary for the growth and prosperity of the country.

“It is on this basis that we adopt Tinubu for the 2023 presidential election. Those who hate his candidacy do so for many reasons, one of which is their hatred for anything Yoruba, which they continue to propel using false narratives to justify their anger against the dignity associated with Yoruba heritage.”

“From our own prior, informed consent and weighing the variety of choices available to the people of the Southwest, we have to pick a candidate near the prospect of allaying our fears as a people. In making this choice, we are not unaware of the rights of the people of the Southwest who may differ. We respect their opinions. We urge them to respect ours. Our choice is ours, their choice is theirs.”