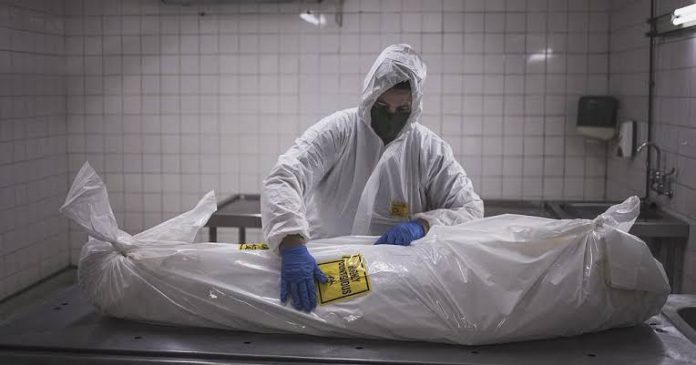 The global death toll from COVID-19 have reportedly exceeded 5 million on Monday, November 1.

This is said to be less than two years into a health crisis which has caused unforseen turbulence in the whole world.

It was gathered that together, the United States, the European Union, Britain and Brazil – all upper-middle- or high-income countries – account for one-eighth of the world’s population but nearly half of all reported deaths.

The U.S. alone has recorded over 740,000 lives lost, more than any other nation.

U.N. Secretary General Antonio Guterres called it a “devastating milestone” and a “clear warning” that “we cannot let our guard down.”

The death toll, as revealed by Johns Hopkins University, is about equal to the populations of Los Angeles and San Francisco combined. It rivals the number of people killed in battles among nations since 1950, according to estimates from the Peace Research Institute Oslo.

Meanwhile, globally, COVID-19 is now the third leading cause of death, after heart disease and stroke.

Wealth has played a role in the global vaccination drive, with rich countries accused of locking up covid-19 supplies. The U.S. and others are already dispensing booster shots at a time when millions across Africa haven’t received a single dose.

The U.N. Sec. general Antonio Guterrez said, “We are failing much of the world. While wealthy countries are rolling-out third doses of the COVID-19 vaccine, only about five per cent of people in Africa are fully vaccinated. This is a global shame.”

We must move Nigeria to a greater height, says Minister