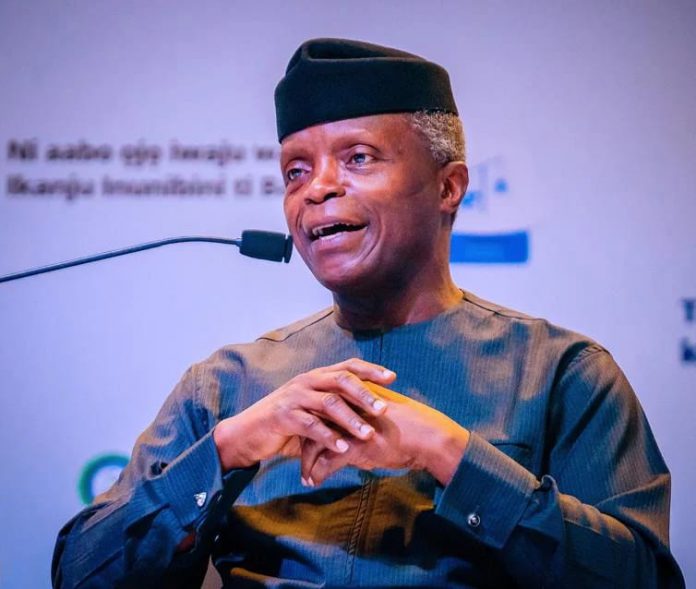 The Vice President of Nigeria, Yemi Osinbajo has stressed the need for greater international collaboration in deterring an unconstitutional change of government in Africa.

He asserted that stricter sanctions from World Bank, International Monetary Fund, and European Union on erring countries would help in promoting democratic governance on the continent against the backdrop of recent coups de’tat in West Africa.

Osinbajo spoke during a bilateral meeting with Tanzanian Vice President, Dr. Philip Isdor Mpango, ahead of his speech at the formal opening of the 2022 Judicial Year of the African Osinbajo added that regional bodies on the continent aside African Union and others in the global community must also support actions already taken by ECOWAS leaders to prevent coups in Africa.

This was contained in a statement by Osinbajo’s spokesman, Laolu Akande, titled, Nigeria, Tanzania United on Need for Global Push Against Unconstitutional Change of Govts in West Africa, Just Energy Transition’, on Sunday.

According to Osinbajo, we in ECOWAS have experienced in just under a year, 4 coups de’tats including attempts and it is disturbing because we felt we had put those things behind us, and now they seem to be coming back.

“It is something that we think has to do with more cooperation. AU has been very forthcoming (in condemnation) in saying that we cannot tolerate unconstitutional seizures of power. But sanctioning these coupists without any proper “teeth” has not been particularly effective.

“There might be a need for us to reach out to some of the regional bodies, development financial institutions such as the World Bank, IMF, and the EU. The EU has been quite responsive but we think that we can do a lot more just in terms of cooperation, so there is an effective deterrent if everyone agrees that undemocratic change of government is unacceptable,” the vice president said.

Meanwhile, the Vice President of Tanzania, Mpango commended West African leaders for their efforts to halt the menace of coups de’tat in the sub-region and also agreed that Africa can achieve more working in unison, noting that Climate Change is an example of one area leaders on the continent need to work together to address.

“The apparent wish by developed countries to abandon fossil fuel is worrisome because we are still struggling to provide the basics. Our forests are disappearing because our people are still forced to use firewood for cooking, if we abandon gas energy, where do we go to?”