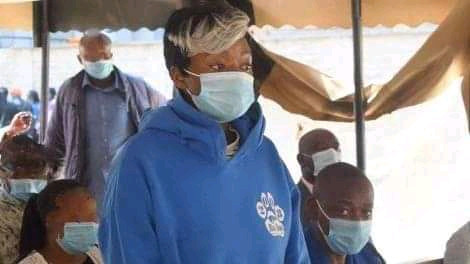 The Kenyan police has been granted an order of detaining a woman whose lover died during sexual intercourse at his house in Dandora, Nairobi.

According to report, Joyce Warimu’s lover fainted and died instantly while in the act.

After police searched his house, they found assorted drugs and medical reports.

Josephat Wafula, the detective who is following up on the matter told a court in Makadara that they are also waiting for the suspect’s medical report and autopsy of the deceased.

Joyce Wairimu will therefore be detained for 14 days after the court granted the prosecution team’s request.

The woman who is being investigated for suspected murder will be held at Kayole Police Station.

Marikana massacre: Calls for Ramaphosa to apologise and step aside

Alleged Yahoo Boys throw money in the air in Benin