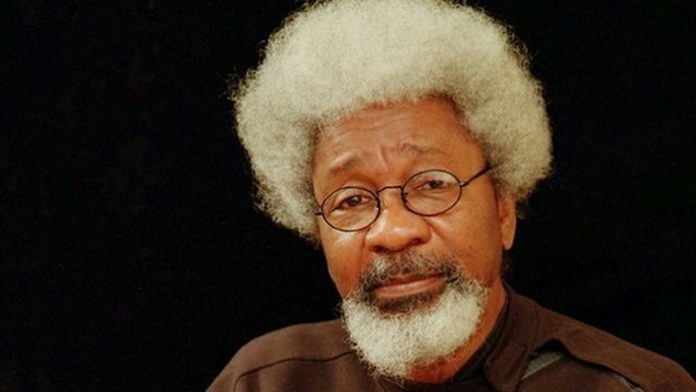 Wole Soyinka, the Legendary Nigerian Author has announced the release of his first novel in 48 years, titled: Chronicles of the Happiest People on Earth.

The book, which according to Soyinka was said to be inspired during the lockdown, will be released this year.

Soyinka the Nobel Laureate told publication, This is Lagos, that the coronavirus-related lockdown had helped inspire new writing, as well as new theatrical work, with Soyinka planning to co-direct a revival of his play ‘Death and the King’s Horseman’ in Lagos this December.

He said, “You just find yourself literally rolling from your desk to your bed to the dining table, back to the desk for five months of continuous writing. At the end of that exercise, when you finish that book, you will want to stretch your mind in a different direction.

“So, with a combination of circumstances, it occurred to me that, wait a minute, it might not be a bad idea to do a production.”

Soyinka’s Nigerian publisher Bookcraft, which called the novel “a narrative tour de force”, confirmed there are plans to publish the book internationally in early 2021.

According to the publisher, “This novel has got everything – friendship and betrayal; faith and treachery; hope and cynicism; murder, mayhem and no shortage of drama, all set against the backdrop of contemporary Nigeria.

“As you would expect from a Soyinka work, it’s got plenty of colourful characters, profound insights, witty commentary, and the most elegant language.”

The author and political activist was called “one of the finest poetical playwrights that have written in English” by the Nobel prize.

The playwright and poet, who became the first African to win the Nobel prize for literature in 1986, published his widely celebrated debut novel, ‘The Interpreters’, in 1965. His second and most recent novel, Season of Anomy, was released in 1973.