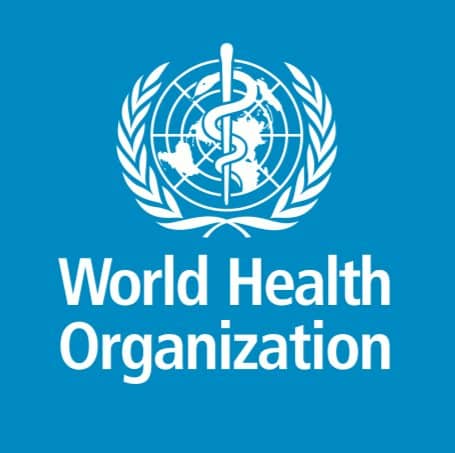 The World Health Organisation (WHO) has said the increase in the COVID-19 deaths by 80 per cent in the past one month in Africa, was mostly driven by the highly transmissible Delta variant.

The Director-General Tedros Ghebreyesus said on Friday at his regular COVID-19 briefing that the Delta variant had been detected in at least 132 countries.

Ghebreyesus said almost four million cases worldwide were reported last week to WHO and the agency expected the total number of cases to pass 200 million in the next two weeks.

“And we know this is an underestimate.

The director-general blamed the rise of cases on increased social mixing and mobility, the inconsistent use of public health and social measures, and inequitable vaccine use.

He said “hard-won gains” were in jeopardy or being lost, and health systems in many countries were increasingly overwhelmed.

“WHO has warned that the COVID-19 virus has been changing since it was first reported, and it continues to change. So far, four variants of concern have emerged, and there will be more as long as the virus continues to spread.’’

In June, the WHO chief announced the setting up of a technology transfer hub for mRNA vaccines in South Africa as part of WHO’s efforts to scale up production of vaccines and their distribution in Africa.

“Today, we have taken another step forward, with a letter of intent that sets out the terms of collaboration signed by the partners in the hub.

“WHO: the Medicines Patent Pool, Afrigen Biologics; the Biologicals and Vaccines Institute of Southern Africa; the South African Medical Research Council and the Africa Centres for Disease Control and Prevention,” he explained.

According to him, WHO’s goal remains to aid every country in vaccinating at least 10 per cent of its population by the end of September.

The WHO head reminded that the global distribution of vaccines remains unjust, in spite of expert warnings and appeals, and said that all regions remain at risk, “none more so, than Africa”.

“On current trends, nearly 70 per cent of African countries will not reach the 10 per cent vaccination target by the end of September,” he cautioned.

Ghebreyesus also announced that in response to the Delta surge, the WHO’s Access to COVID-19 Tools Accelerator was inaugurating the Rapid ACT-Accelerator Delta Response, or RADAR, and issuing an urgent call for 7.7 billion U.S. dollars for tests, treatments and vaccines.

Lead WHO epidemiologist and COVID-19 technical lead, Maria Van Kerkhove, explained that the Delta variant had certain mutations that allow the virus to adhere to human cells more easily and that experts were also seeing a higher viral load in individuals infected.

She called Delta “dangerous and the most transmissible SARS-CoV-2 virus to date,” adding “there are some laboratory studies that suggest that there’s increase replication in some of the modelled human airway systems”.

According to the WHO expert, some data suggest that people vaccinated can get infected and transmit the variant, the likelihood is much reduced after the second dose has been administered and reached full effectiveness.

She also clarified that Delta was not specifically targeting children as some reports had suggested, but warned that as long as the variants were circulating, they would infect anybody that was not taking proper precautions.

“It’s in the virus’s interests to evolve, viruses are not alive they don’t have a brain to think through this, but they become more fit the more they circulate, so the virus will likely become even more transmissible because this is what viruses do, they evolve they change over time.

“We have to do what we can to drive it down”, she added, reminding that public health and social measures do work against the Delta variant and that the vaccines do prevent disease and death.”

Michael Ryan, the Executive Director of WHO Health Emergencies, said that even with the virus getting “faster and fitter” the game plan does not change, but it needs to be implemented more efficiently.

“Delta is a warning that this virus is evolving, but it is also a call to action before more dangerous variants emerge,” he said.