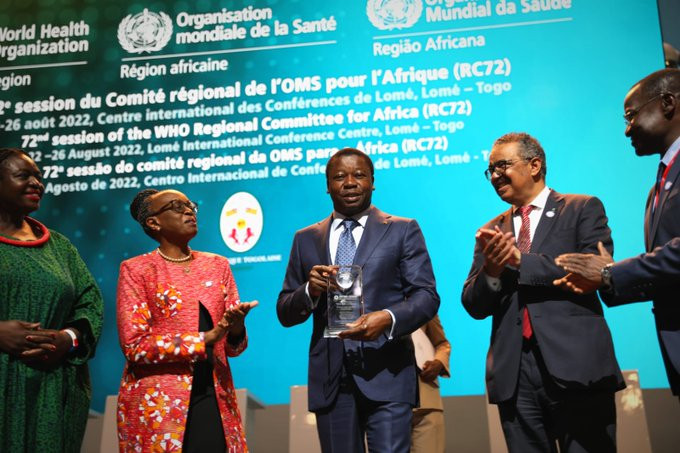 The WHO stated this during its Regional Committee for Africa meeting held in Lomé on Monday, August 22.

NTDs are a group of 20 preventable and treatable diseases, but 1.7 billion people worldwide still require NTD interventions. Many NTDs debilitate, disfigure and disable by preventing children from going to school and adults from being able to work.

In a statement by Associate Consultant, Kingsley Ochieng of the Uniting to Combat Neglected Tropical Diseases, he noted that as the first country acknowledged by WHO as having won its fight against four NTDs, Togo eliminated all four diseases in just eleven years.

“Togo previously achieved transmission-free status for Guinea worm disease in 2011. In 2017, it became the first country in sub-Saharan Africa to eliminate elephantiasis as a public health problem and, in 2020, became the first African country to achieve the same status with sleeping sickness.

“To eliminate these diseases, Togo adopted a two-pronged approach that focused on first, interrupting transmission and preventing occurrence of new infections; and secondly, treating or managing diseases, their associated morbidity, and their complications, to alleviate suffering,” it said.

The President of Togo, Faure Gbassingbe, in his speech said:

“I thank you for your appreciation of my country’s achievements in the elimination of neglected tropical diseases. This progress has been made possible thanks to the dedication and commitment of all health actors who are working at all levels in our country to preserve this precious good that is health. Health is a priority that we have placed at the heart of our development policies. One of the ambitions of the government’s roadmap to 2025 is to guarantee health coverage and access to basic services for all.”

“The elimination of dracunculiasis, lymphatic filariasis, human African trypanosomiasis and trachoma is an outstanding achievement and a gift not only for the people of Togo today but for generations to come.”