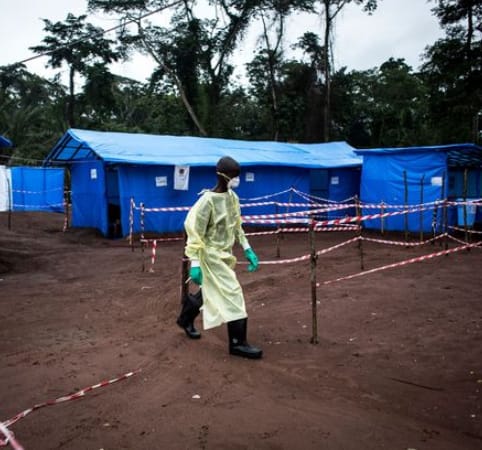 The World Health Organisation (WHO) has confirmed another outbreak of Ebola in Africa.

WHO raised the alarm after a second person died from the deadly disease in the Democratic Republic of the Congo.

This marks the 14th breakout of the disease that the country has seen since 1976, with WHO beginning preparations for a vaccine rollout in the country.

The National Institute of Biomedical Research revealed that a 31-year-old patient had died on Sunday, April 24, in the north-western city of Mbandaka, with the man reportedly showing symptoms on April 5 but not seeking treatment until a week later.

A 25-year-old woman has also died of the disease, with WHO confirming on Twitter that at least 145 people “came into contact with the confirmed cases”.

The woman was said to have started experiencing symptoms 12 days prior to her death and investigations have shown she was the sister-in-law of the first deceased case.

It is believed she contracted the disease after coming into close contact with the first patient.

WHO confirmed also that this was the third outbreak in the province since 2018, with the regional director for Africa, Dr Matshidiso Moeti stating, “Time is not on our side.

“The disease has had a two-week head start and we are now playing catch-up,” Moeti added.