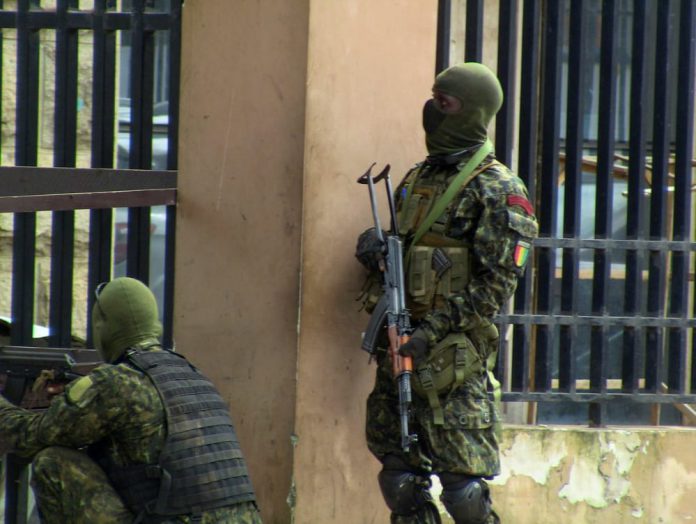 During a virtual summit, leaders from the 15-member Economic Community of West African States (ECOWAS) demanded a return to the constitutional order and Conde’s immediate release, and also agreed to send a high-level mission to Guinea as soon as Thursday, said Burkina Faso’s Foreign Minister, Alpha Barry.

“At the end of that mission, ECOWAS should be able to re-examine its position,” Barry told reporters.

He did not announce any immediate economic sanctions against Guinea, as ECOWAS imposed against Mali following a coup there in August 2020.

According to some experts, ECOWAS’s leverage with Guinea could be limited, in part because the country is not a member of the West African currency union and not landlocked like Mali.

The economic bloc’s response is being closely watched amid criticism from pro-democracy advocates that it has not stood up robustly enough in recent months against democratic backsliding in West Africa.

ECOWAS remained silent last year as Conde and Ivory Coast President Alassane Ouattara sought third terms after changing constitutions that would have forced them to step down, moves denounced as illegal by their opponents.

Activists say this has contributed to West Africans’ loss of faith in democracy and made military coups more likely.

Mali’s military staged a second coup in May this year. ECOWAS said on Tuesday it was concerned transitional authorities there had not made sufficient progress toward organising elections next February as promised.

Meanwhile, Guinea’s coup leader, Mamady Doumbouya, a former French legionnaire, has pledged to install a unified, transitional government but has not said when or how that will happen.

Nigeria Calculates Cost After One Year of COVID-19