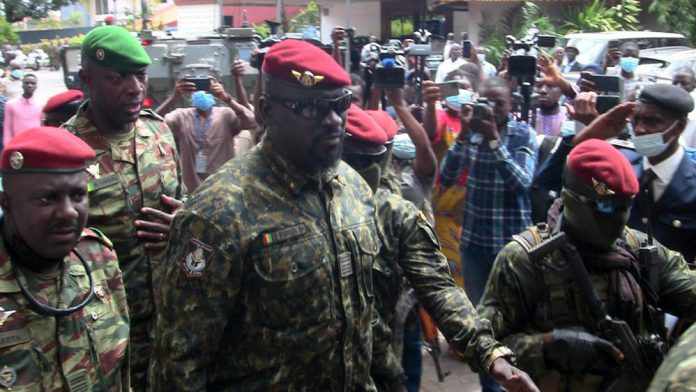 West Africa’s main regional bloc has imposed sanctions against the junta in Guinea and those slowing Mali’s post-coup transition.

The move was agreed at an emergency summit of the Economic Community of West African States (ECOWAS) in Accra on Thursday to respond to last week’s putsch in Guinea and perceived slow progress towards constitutional rule in Mali following a coup last year.

Regional heads of state decided to freeze the financial assets and impose travel bans on Guinea’s junta members and their relatives, insisting on the release of President Alpha Conde and a short transition.

The bloc also piled more pressure on Mali’s transitional government, demanding they stick to an agreement to organise elections for February 2022 and present an electoral roadmap by next month, according to the post-summit communique.

Leaders who were present at the summit hailed this more hardline stance. West and Central Africa has seen four coups since last year – political upheaval that has intensified concerns about a backslide towards military rule in a resource-rich but poverty-stricken region.

“I welcome the strong actions of the summit to safeguard democracy, peace, security and stability in the subregion,” Senegalese President Macky Sall tweeted.

Two dead, at least 15 missing as flash floods wash away...