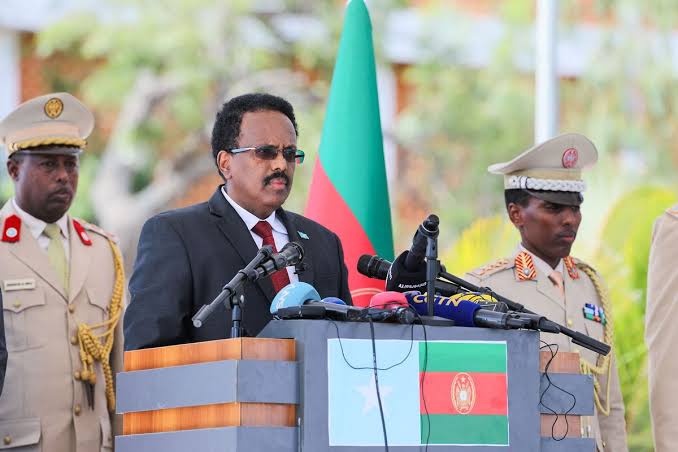 The President of Somalia, Mohamed Abdullahi Mohamed announced his candidacy for long-delayed presidential elections that will be held on May 15, 2022.

“I’m announcing my re-election candidature, I call for both houses of the parliament to vote for me,” the incumbent president made this known via a televised speech.

Abdullahi Mohamed, who is popularly known as Farmajo, was elected as president in February 2017 and will be running against dozens of candidates for the country’s top seat in elections that had originally been scheduled to take place in February 2021. Other contenders includetwo former presidents, Hassan Sheikh Mohamoud and Sheikh Sharif Sheikh Ahmed, the former prime minister Hassan Ali Khaire and the leader of oil-rich region Puntland, Said Abdullahi Deni.