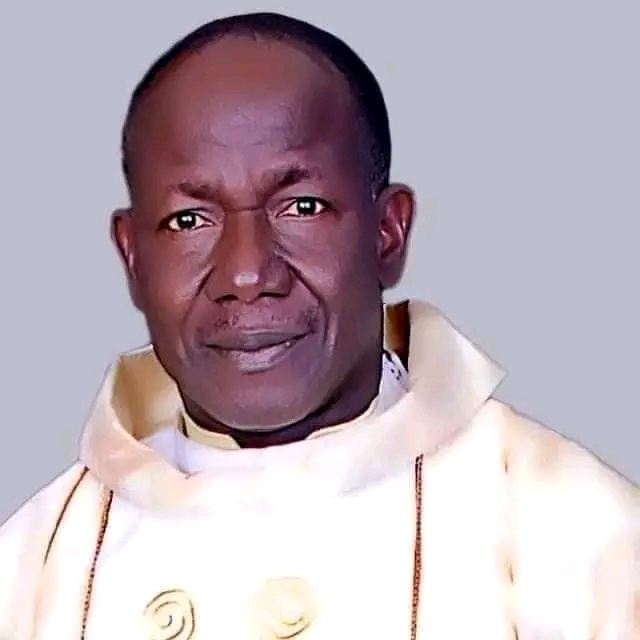 Rev Father Isaac Achi, the Priest of St. Peters and Paul Catholic Church in Kafin-koro in Paikoro LGA of Niger, has been burnt to death by unknown gunmen who invaded his home on Sunday morning, January 15.

The bandits also razed the catholic parish house and injured his colleague identified as Father Collins.

It was gathered that after his attackers could not gain access to him as a result of fortified security, they decided to b¥rn down the building in which the priest was.

Unfortunately, the bandits reportedly attempted to gain entrance into the residence, but seems difficult and set the house ablaze, while the said Rev. Father was burnt dead.

A colleague of the Rev. Father identified as Father Collins was equally shot in the shoulder while trying to escape from the scene. Police tactical teams attached to Kafin-Koro Div were immediately drafted to the scene, but the hoodlums had escaped before the arrival of the teams.

The lifeless body of Father Isaac was recovered while Father Collins was rushed to the hospital for treatment.”