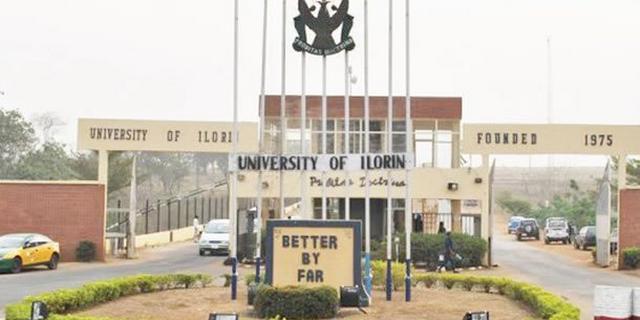 A 400-level student of the Department of Microbiology, Faculty Of Life Sciences, University of Ilorin, Kwara State, has reportedly beaten his project supervisor, a female lecturer, to coma.

According to Tribune Online the student, simply identified as Captain Walz, is a popular student in the school and reportedly carried out the ugly act because the lecturer refused to cover him for not observing the compulsory Students Industrial Work Experience Scheme (SIWES).

An eyewitness account had it that, “He went to the woman’s office to seek her help for his issue because he didn’t do the SIWES.

“He entered the woman’s office and started banging the table. The woman abused him and he moved closer to the woman and started slapping the woman.

“The woman tried to escape but he kept pursuing the woman, the lecturer ran into an office but Captain Walz broke the window and started punching her hardly.

“The woman was calling for help but people weren’t around immediately, until later.

“While trying to escape, he pursued the woman till she fell down and had head cut. He then tried to strangle her till she was in a coma”.

The Director of Information in the university, Alhaji Kunle Akogun, confirmed that Mrs. Zakariyyah, teaching staff in the Department of Microbiology, Faculty of Life Sciences, is now relatively stable and recuperating after the ugly incident of Thursday where she was attacked by a 400 level male student.

A visit by the Vice-Chancellor, Professor Sulyman Age Abdulkareem, in the company of the Dean, Faculty of Life Sciences, Professor Oladiji; the Director, University Health Services, Dr. Odunola and a few other staff to the victim and her family this morning, Saturday, September 13, 2021, confirmed that.

The VC, who described the incident as sad and unfortunate, assured that justice shall be done on the matter.