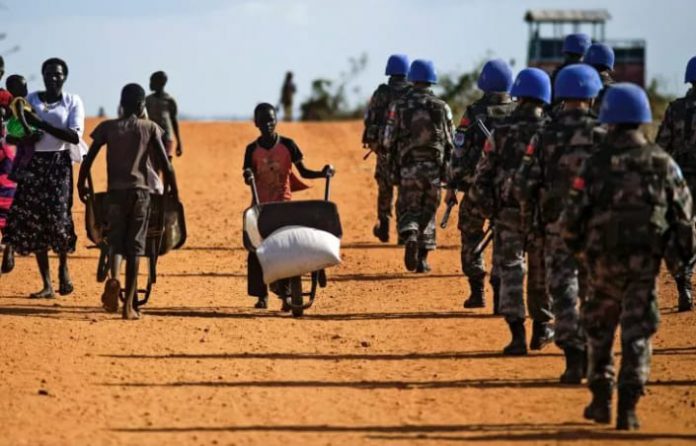 The United Nations Mission in South Sudan (UNMISS) disclosed on Tuesday its plans to reduce troop numbers by seven percent this year, as a result of the a drop in violence in the conflict-torn country.

UNMISS chief, David Shearer said the drawdown is also because troops withdraw from camps where civilians had sought protection during the country’s six-year civil war, handing control of the sites to Juba.

“Over the coming year, there will be a reduction of our military and police peacekeepers by around seven percent,” Shearer told journalists during his last press conference after four years in the job.

UNMISS currently has 14,500 military and 2,000 police peacekeepers across the country.

The mission announced its withdrawal from the so-called protection of civilians sites in September 2020, when some 180,000 still lived in the camps where they had fled amid brutal ethnic atrocities which characterized the conflict.

The government has not announced how many still remain.

Despite the reduction in the number of peacekeepers, Shearer cautioned “the peace process remains fragile and the
re is still much to be done.”

Shearer said however that more troops could be brought in if violence rose again.

President Salva Kiir and Vice President Riek Machar, for years on opposing sides of the battlefield, formed a coalition government on February 22, 2020 after nearly a year of delays.

However almost none of the other provisions of the truce have been honored, and analysts have warned of a return to war.

Shearer urged the leaders to pick up the pace on the implementation of a new constitution, formation of a national army and economic reform.

Meanwhile, UN had warned last month that parts of South Sudan were facing famine, with some 7.2 million going hungry in the coming months.

The International Monetary Fund has approved $174 million (148 million euros) in emergency assistance to South Sudan, much of which will be used to pay long overdue salaries for civil servants.

“My best friend snatched my man while I was busy chasing...

Eskom: ‘We are trying to avoid a total system collapse’