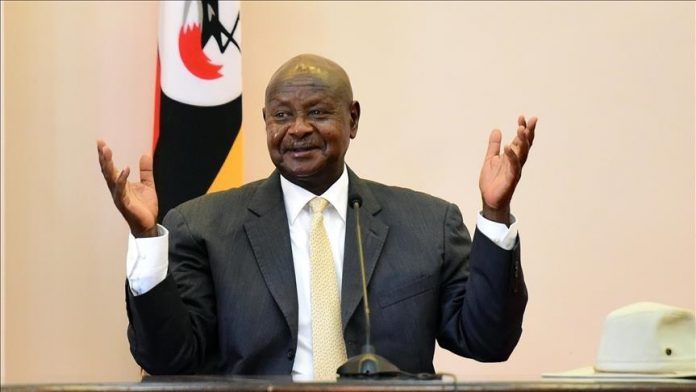 Ugandan President, Yoweri Museveni threatened to withdraw peacekeeping troops in Somalia who are serving under the African Union’s umbrella.

The threat is as a result of the tension rise in Somalia between different political groups and tribal factions.

Museveni warned on Thursday that he may decide to remove troops because of political squabbles in the war-torn country.

He said he was tired of endless misunderstandings between Somali leaders.

“The issue in Somalia is when internal forces do not come up to shoulder their responsibilities. They are always against one another. If they did corporate, the situation would have been solved,” he told France 24TV.

Meanwhile, a recent squabble occurred on Wednesday when a group of opposition presidential candidates and supporters rejected the government’s plan for upcoming elections.

According to political analysts., such disagreements could lead to a delay in the elections.

It was gathered that Ugandan troops have been in peace keeping mission in Somalia since 2007.