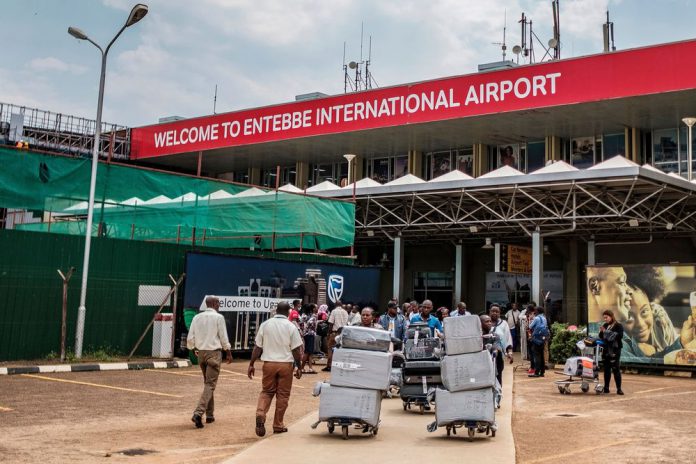 Uganda is seeking to amend airport loan clauses as Chinese lenders, the Export-Import Bank of China, popular Exim Bank, has taken over the Ugandan Entebbe International Airport and other assets in the country over the failure of the Ugandan government to repay a loan.

This was after President Yoweri Museveni had sent a delegation to Beijing for a renegotiation with the Chinese government over toxic clauses that exposed the East African country.

It was gathered that the Museveni-led Ugandan government had on Tuesday, 17 November 2015, signed an agreement with Exim Bank to borrow $207 million at two per cent upon disbursement.

The loan had a maturity period of 20 years including a seven-year grace period, but it had now appeared that the transaction signed with the Chinese lenders practically means Uganda “surrendered” its most prominent and only international airport.

Uganda, however, sought to renegotiate the deal but the latest visits and pleas to alter the original terms with Chinese authorities were declined.

According to the Daily Monitor, the Ugandan government waived international immunity in the agreement it signed to secure the loans, exposing Entebbe International Airport to take over without international protection.

In March 2021, Uganda had sent a delegation to Beijing hoping to renegotiate the toxic clauses of the deal but the officials came back empty-handed as China would not allow the terms of the original deal to be varied.

24-year Old Man Has Been Arrested by the Army For Alleged...