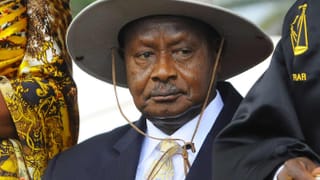 Yoweri Museveni, the president of Uganda has been allowed by the East African Court of Justice on Wednesday, to re-contest in the upcoming election in 2021.

Should Museveni, the 76 years old president win in the upcoming election he will have been in power for 39 years.

The EACJ’s three-judge panel which was led by Justice Monica Mugenyi unanimously ruled that violence did not detract from the legitimacy of Uganda’s constitutional amendment which removed the presidential age limit of 75.

Also, the removal of the presidential age limit did not violate the East African Community (EAC) Treaty.

Meanwhile, the EACJ allowed the challenge to proceed in its court in February. Although a number of Ugandan lawyers made attempts to dismiss it, the EACJ stated at the time that the case was within its jurisdiction,

Previously, presidential candidate was required to be between 35 and 75 years old. The constitution was however amended in 2017.

Museveni, in a speech he delivered on Thursday in Commemoration of the International Day of Older Persons, he unveiled the country’s first grant for older people, in addition to canvassing support for his political party, the National Resistance Movement (NRM), ahead of next year’s election.

“The NRM government has put in place social protection programmes which target older persons. For the first time in the history of Uganda, we have a grant for older persons,” Museveni said.

According to Uganda’s Electoral Commission, an exact date for 2021’s election is yet to be decided but the marked-out period is from January 10 to February 8.