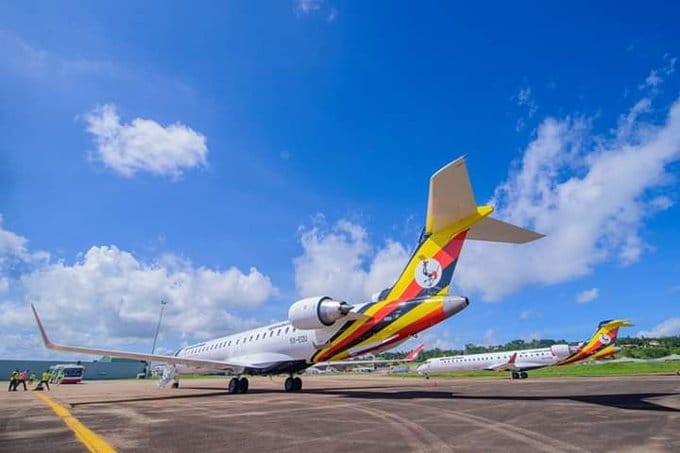 Uganda Airlines has announced that it will commence international flights to Dubai in the United Arab Emirates in September.

This was revealed by the acting chief executive officer, Jenifer Bamuturaki during an event organized by the Rotary E-club of Uganda Global.

She stated that the national carrier had initially planned to start flying to Dubai on July 16, 2021, but postponed the launch because of the suspension of flights by UAE from Uganda to combat the spread of coronavirus disease (Covid-19).

The flights were also delayed because the Uganda Civil Aviation Authority (UCAA) is yet to approve the two A330-800Neo Airbuses and have them included on its Air Operators Certificate (AOC).

“Every aircraft you bring on sight, that aircraft must be included on your existing air operators certificate. The CRJ [aircraft] are already certified but we do not have cargo. Then the Airbus must be included on that certification. It was new to us, new for Civil Aviation. When Airbus arrived, the thought pattern was that since we already have air operator licence, there are certain phases we won’t have to do and probably go to phase III and finish in less than 3 months but it turned out, we had to do all the five phases,” Bamunturaki explained.

Ronnie Mukundane, the spokesperson of Uganda Association of External Recruitment Agencies (UERA), says thus far, Uganda Airlines has not reached out to the labour companies.

“How do they plan a route targeting us without involving us in the planning? Why haven’t they consulted us? This has been our outcry to them; they need to learn to involve stakeholders,” Mukundane said.

Adding “Imagine these days we are chartering foreign airlines such as SaudiAir and others, yet our country’s aircraft are just parked on the tarmac.”

Bamuturaki says the airline is also planning to launch other regional and international routes such as Mumbai, Guangzhou, Lagos, and Kisangani by 2023. However, ahead of the launch, she says the airline is engaging airlines such as Emirates, Qatar and KLM to sign interline traffic agreements.

30 Western Kenya MPs tell off Mudavadi over pact with DP...

UK’s Johnson Fights Back After Defection

Matric results: Marks adjustment is fair and will carry on forever...

Inability to put youths on career paths has turned them into...