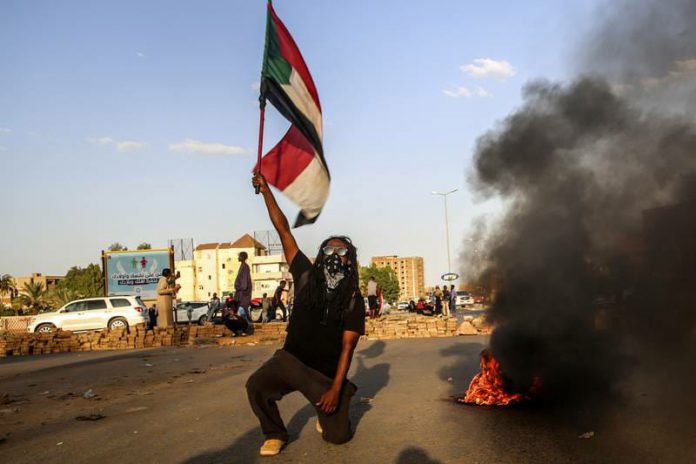 The UAE, the US, Saudi Arabia and Britain expressed concerns on Wednesday over the situation in Sudan, calling for immediate restoration of the civilian-led transitional government.

The four nations, known as the Quad of Sudan, said they stand “with the people of Sudan and emphasise the importance of supporting their aspirations for a democratic and peaceful nation”.

“We endorse the international community’s serious concern with the situation in Sudan,” a joint statement read. “We call for the full and immediate restoration of its civilian-led transitional government and institutions.”

The Quad also called for all those detained in the coup to be released.

Sudanese Prime Minister Abdalla Hamdok remains under house arrest and others from his government have been detained.

Diplomatic efforts have so far focused on brokering a new arrangement between the military and the civilian leadership that could involve Mr Hamdok returning to power.

He also declared a state of emergency, detained Sudan’s civilian leadership and suspended the work of a commission appointed by the civilian-led government in charge of dismantling the legacy of Al Bashir’s 29-year rule.

The US suspended $700 million of assistance to Sudan following the coup.

Also on Wednesday, the tracking site Netblocks disclosed that internet access in Sudan has been limited for 10 days.

MUST READ!!! Driver Left Brain Dead After Passengers Attacked Him “Over...