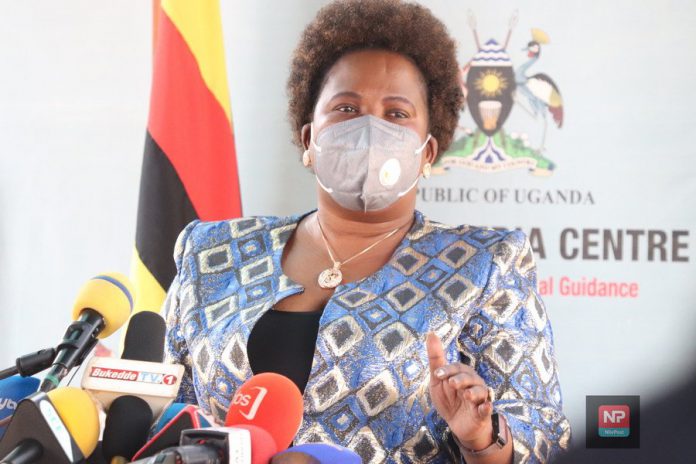 The Ministry of Gender has announced that a total of 452 Ugandans will be deported from Dubai and other cities in the United Arab Emirates.

A large number of Ugandans are currently employed in the Middle East countries of Qatar, United Arab Emirates and Saudi Arabia among others.

It was, however, gathered that many of these people who are mostly females are stranded and sleeping on streets, especially in Dubai.

Speaking on Thursday, the Gender Minister, Betty Amongi said following the reports, the ministry took up the matter to ascertain the authenticity of the reports.

“Some of the cases have turned out to be pranks. The majority of the genuine cases have been victims of human trafficking or individuals who travelled on their own and have overstayed their tourist or visit visas.

“The report indicates that in early August, 2022, the authorities of UAE offered free tickets to all illegal immigrants. As a result , many illegal migrant workers have reported to Al Awir Immigration Centre for assessment and eventual repatriation to Uganda.”

The minister revealed that none of the 452 Ugandans who have reported to the immigration centre at Al Awir had gone to UAE through recruitment companies but rather on their own.

She urged Ugandans to make use of recruitment companies since they can easily seek redress in case of any problems to them while at work in UAE or anywhere abroad.

According to data from Ministry of Gender, there are 200,000 Ugandans currently employed in the Middle East.

Kenya Govt denies involvement in the Arrest and Extradition of Nnamdi...