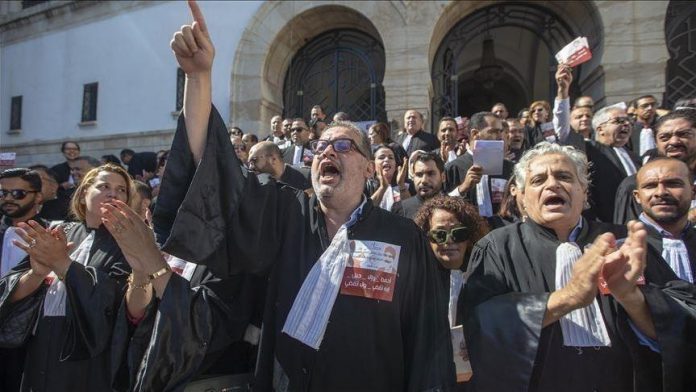 Tunisian judges have continued their strike for the second day on Tuesday to protest President Kais Saied’s decision to dismiss dozens of their colleagues.

The Association of Judges stated that 99% of the judges and judicial staff suspended their work as part of the strike.

Tunisian judges started a week-long strike on Monday to pressure on Saied to reverse his decision of sack 57 judges, whom the Tunisian president accused of corruption and supporting terrorists.

However, Saied has vowed to cut the wages of the striking judges amid rising tensions with the judiciary.

The sacking of judges by the Tunisian president has drawn widespread condemnations from political parties across the North African nation as well as from the United States and Amnesty International rights group.