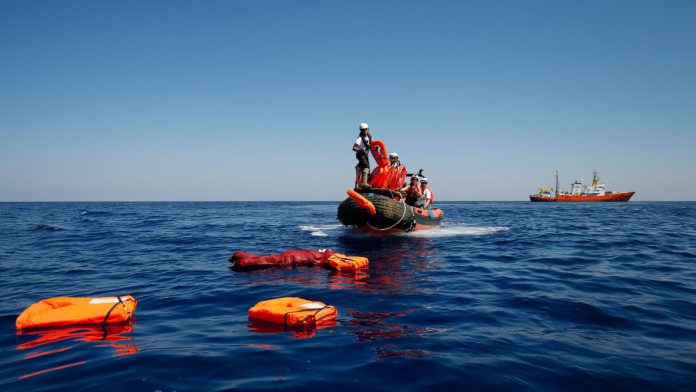 The defense ministry disclosed on Sunday, February 6 that the Tunisian navy has rescued 163 would-be migrants, including women and children, off the country’s east coast.

“As part of a joint operation with the coastguard, a naval unit rescued Saturday 163 illegal migrants,” the ministry said, adding that 162 were Tunisians while one was Moroccan.

It said nine women and 16 children were found aboard the boat 12 kilometres (7.5 miles) off the coast of Sfax, a key departure area for migrants seeking to make their way to European shores, usually in Italy.

The passengers were reportedly aged between eight and 48, the ministry said, and set off overnight Friday to Saturday “with the aim of surreptitiously crossing the maritime borders” to Europe.

Both Tunisia and neighbouring Libya have served as launchpads for migrants making desperate bids to reach Europe.

According to humanitarian groups, the Central Mediterranean route has become the world’s deadliest migration trail.

Departures surged rapidly in 2021, with almost 55,000 migrants reaching Italy in the first 10 months of the year compared to under 30,000 the previous year, according to Rome.

The Tunisian Forum for Economic and Social Rights says that over the first three quarters of last year, the coastguard intercepted 19,500 migrants during crossing attempts.

Meanwhile, the United Nations’ refugee agency said at least 1,300 disappeared or drowned over the same period.

Ministers could be left without protection as VIP units threaten to...

Nigerian Man Ties the Knot with Twins because ‘they can’t live...