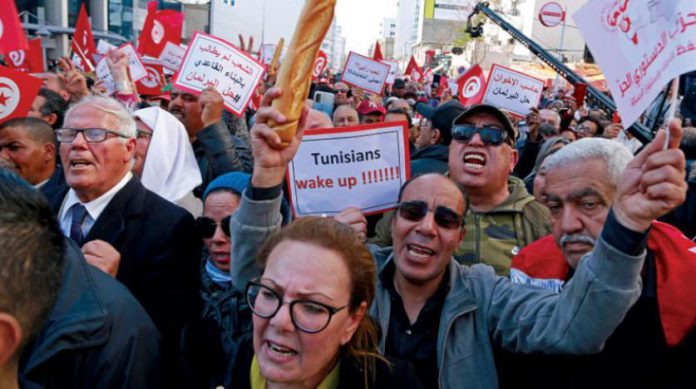 The National Syndicate of Tunisian Journalists (SNJT) has announced a general strike in public media, stating that the date will be set later.

SNJT Vice-President Amira Mohamed said on Monday that the decision was taken in coordination with the General Federation of Information during the meetings held at the headquarters of Tunisian Television.

It comes in response to the delay in reforms in these institutions, especially in the state television.

“The SNJT will escalate,” she warned, noting that it is open to reasonable negotiations that lead to “concrete results.”

Mohamed said the syndicate will not remain still about what is happening in public and private media establishments.

She affirmed that the syndicate’s executive and extended board will meet to take decisions to defend the media sector, journalists’ rights and freedom of expression.

“We will not allow tailored reforms,” she said, ruling out any possibility of weakening the media under the pretext of reform.

Television staff, journalists, technicians and photojournalists protested on Friday outside the headquarters of their institution.

On July 25, Saied decided to suspend parliament, fire the prime minister and seize executive powers, which he said was needed to save the country amid unrest over financial troubles and the government’s handling of Tunisia’s coronavirus crisis.

He invoked a special constitutional article allowing such measures in the event of imminent danger to the nation, and said they would be in place for 30 days. But they have been extended until further notice.

UN Chief calls for immediate end to fighting in Ethiopia