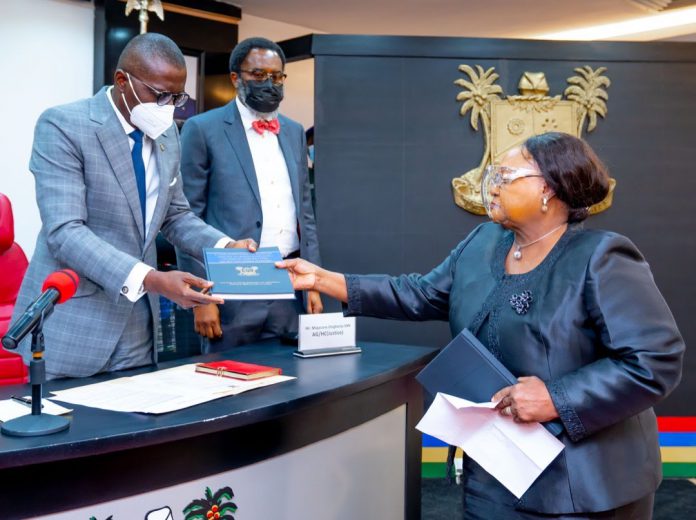 The Lagos Judicial Panel on #EndSARS, has confirmed there was a massacre of protesters at Lekki Toll Gate on October 20, 2020, contrary to official report which has been debunking it.

According to the findings of the panel, headed by Justice Okuwobi, the massacre was carried out by both the military and the police.

According to the panel: “The deployment of the army to Lekki Toll Gate on 20/10/2020, in the absence of any reported violence was totally unwarranted.”

The panel confirmed 11 people dead and another four missing, but presumed dead, making a total of 15.

It also listed the names of the dead casualties and the many injured. 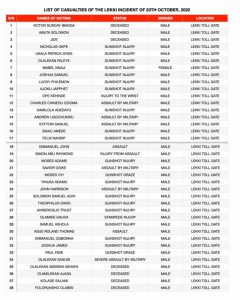 On the part of the ENDSARS Protesters the Panel specifically considered the evidence of persons, who alleged that they were victims with injuries or death of their loved ones, which occurred during the Lekki Toll Gate Incident and the testimonies of those who were present and traumatized.

Panel reached its findings and prepared its reports despite the evidence of the Nigerian Army, that was limited, as most of the officers who were summoned and who filed affidavits never appeared before the Panel.

At the conclusion of evidence of all relevant parties, key issues which called for determination and upon which the findings of the Panel were based are summarized as follows:

• Whether the Nigerian Army used live bullets on unarmed and defenseless protesters at the Lekki Toll Gate on 20th October 2020?

• Whether the live bullets resulted in injuries or casualties on the part of the protesters?

• Whether the LCC played any role in the events of the night of the 20th of October2020?

The Panel made the following key findings:

1. That the Nigerian Army was invited for intervention in the State and was deployed to Lekki Toll Gate on the 20th of October 2020. At the Lekki Toll Gate, officers of the Nigerian Army shot, injured and killed unarmed helpless and defenseless protesters, without provocation or justification, while they were waving the Nigerian Flag and singing the National Anthem and the manner of assault and killing could in context be described as a massacre. The Army was also found not to have adhered to its own Rules of Engagement.

2. The Panel found that the Nigerian Police Force deployed its officers to the Lekki Toll Gate on the night of the 20th October, 2020 and between that night and the morning of the 21st of October, 2020, its officer shot at, assaulted and battered unarmed protesters, which led to injuries and deaths. The police officers also tried to cover up their actions by picking up bullets.

3. The panel found that LCC hampered the panel’s investigation by refusing to turn over some useful and vital information/evidence as requested by the Panel and the Forensic Expert engaged by the panel, even where such information and evidence was by the company’s admission, available. It manipulated the incomplete CCTV Video footage of the Lekki Toll Gate on the night of the 20th of October 2020, which it tendered before the Panel.

5. The Panel found that there was an attempt to cover up the Incident of the 20th of October by the cleaning of the Lekki Toll Gate and the failure to preserve the scene ahead of potential investigations.

The Panel made a total of 32 Recommendations, which included but not limited to:

• Sanctioning of the officers of the Nigerian Army and the Nigerian Police Force respectively who participated in shooting, injuring and killing of unarmed protestors at the Lekki Toll Gate on the 20 and 21st of October 2020;

• A public apology to ENDSARS protesters who were killed, injured and traumatized by the Incident of the 20th of October 2020;

• The memorialization of the Lekki Toll Gate and the 20th of October going forward.

US police say killings of four Muslim men may be linked

Nigeria to Strengthen Bilateral Ties With Sierra Lone on STI...